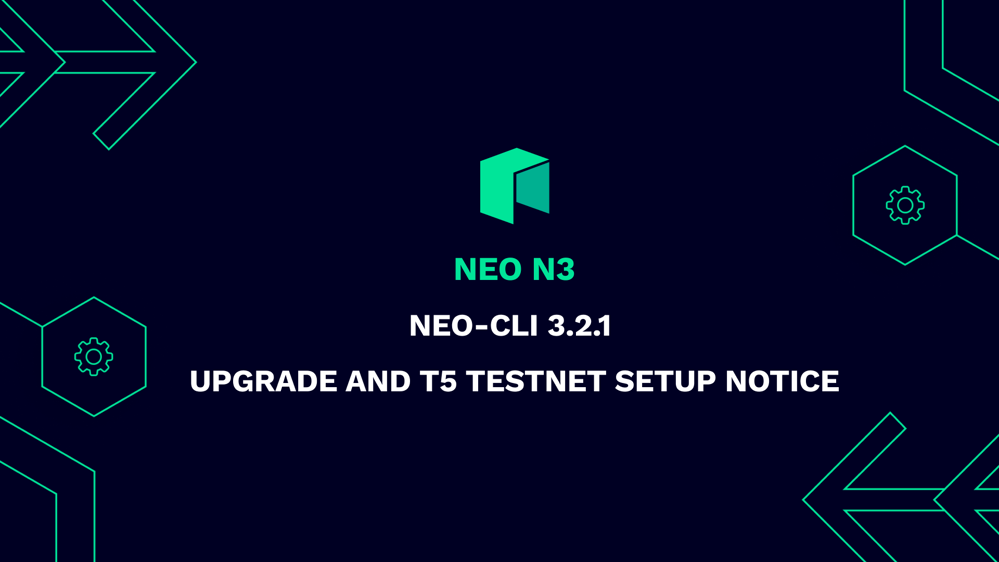 Due to native contract modification in Neo-CLI v3.2.1, some TestNet data will be incompatible. A brand new TestNet, T5, will be set up to host Neo-CLI v3.2.1. The T5 TestNet will run in parallel with the current T4 TestNet, which will be maintained until the end of August. Following this point, the T4 TestNet will be deprecated and taken down.

Infrastructure such as explorers, wallets, and SDKs will gradually update for T5 TestNet, it is suggested that Neo Polaris Launchpad projects still keep developing on T4 TestNet.

After Neo-CLI v3.2.1 runs smoothly on TestNet T5, it is expected to be deployed to the N3 MainNet after two weeks. The impact of increasing the Max Transaction per block will be heavily monitored and evaluated before it is moved onto MainNet.

Please note: The TestNet T5 version is not compatible with the previous version and requires a data resync.