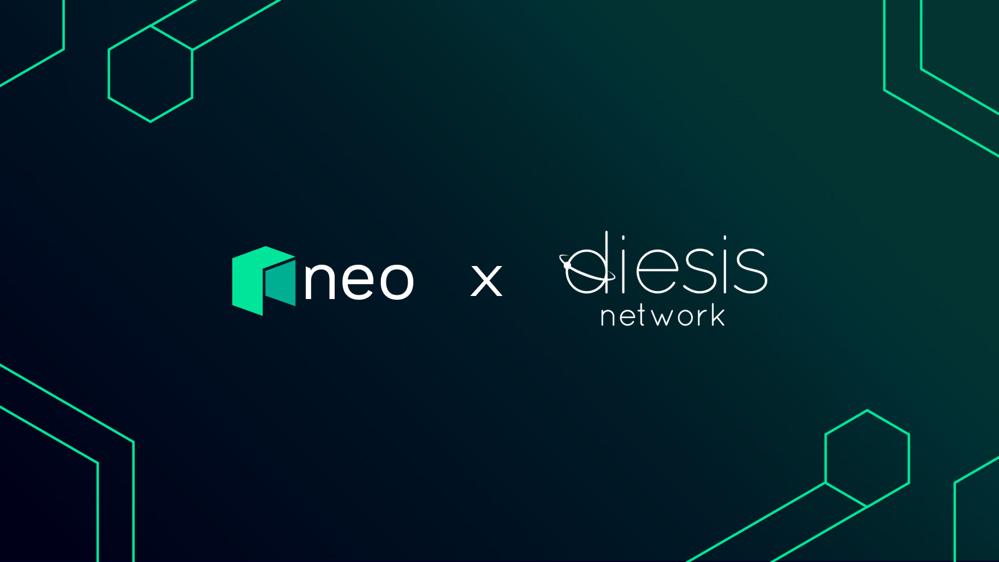 Neo, a community-driven blockchain ecosystem, has partnered with the EU social economy network Diesis with the joint mission of creating a safer, decentralized, and circular global social economy.

Brussels, 28th February 2022: Driven by the mission to become an open network for the smart economy,  Neo, a community-driven blockchain ecosystem, is partnering with the EU social economy network, Diesis. Diesis is one of the widest EU networks specializing in social economy support and social enterprise development. Diesis has a support network of more than 90,000 organizations and 1.2 million workers across 21 countries.

As part of the partnership, Neo and Diesis will collaborate on a series of initiatives to help Diesis Network create a smart, social economy based on the foundation of the Neo N3 ecosystem’s decentralized file storage, NeoID, and use of smart contracts. The initiatives will include technical assistance in incorporating blockchain solutions, as well as talks and training sessions for Diesis’ organizations to identify areas where blockchain can foster stronger social communities and enterprises. Once they start to build on Neo, Diesis Network decentralized social economy enterprises will also benefit from the recently announced 200 million USD Neo ecosystem growth fund.

Luca Pastorelli, President of Diesis Network shared his enthusiasm about the collaboration: “Neo pioneered the dBFT consensus mechanism so there is no mining on Neo and N3 being an all-in-one development experience make it the ideal blockchain partner for a global social and solidarity economy network. We are excited to work with Neo to support all our ecosystems with blockchain use cases. We are eager to bring blockchain and social economy together into practice, to test real concrete solutions for our members in our sector which is often lagging behind in implementing digital tech.”

The partnership will launch a research group composed of Neo and Diesis members to work on further identifying areas where Neo’s technology can boost Diesis’ social economy initiatives. The researchers will explore DAOs, leveraging Diesis Network structure and building a sound foundation for easy access to Neo’s technology for future project utilization.

Lili Zhao, Director at Neo Global Development, which is the operational arm of Neo, commented: “With Diesis’s international networks covering millions of members and its outstanding track record in supporting the European Commission, we are thrilled to join forces and take social innovation to the next level.”

The highly complementary strengths of Neo and Diesis are based around their common visions of a community-driven economy. Neo underlines that this collaboration is set to extend the frontier of social innovation and set new crypto community standards.

Neo is an open-source community-driven blockchain platform established in 2014. It is the most feature-complete blockchain platform for building decentralized applications. Neo enables developers to digitize and automate the management of assets through smart contracts. It also provides powerful native infrastructures such as decentralized storage, oracles, and domain name service, creating a solid foundation for the Next-Gen Internet.

Diesis Network supports the development of the social economy, social entrepreneurship, and social innovation in Europe and in the world through the implementation of knowledge-based activities for its members and by its members to learn from each other and support each other to achieve a more inclusive economy with greater social impact. Network & engagement is the foundation of Diesis Network. It is a core approach of collective positive impact and implements solutions that strengthen the Social Economy Ecosystem.