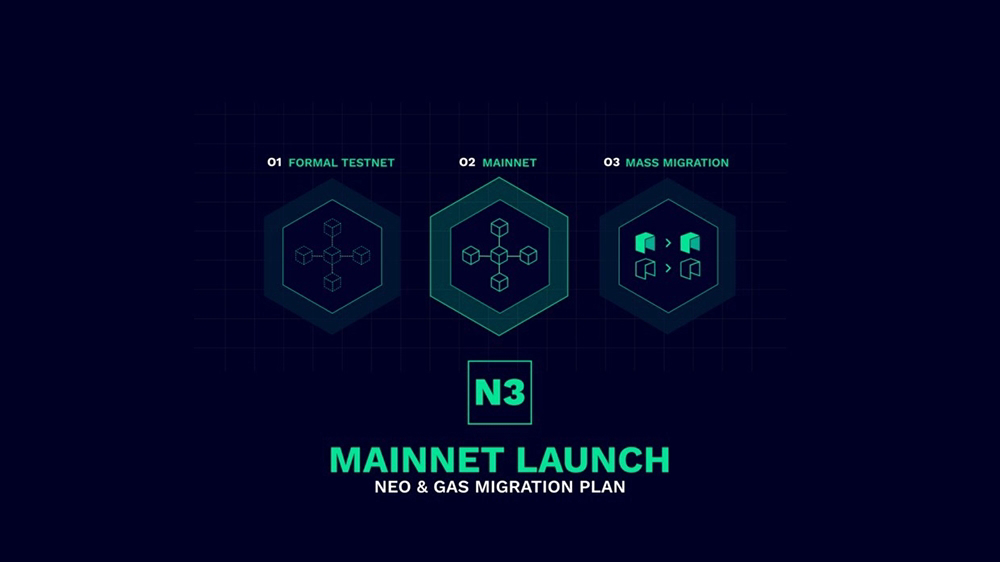 It’s been a journey. Neo founder Erik Zhang first announced intentions to build Neo 3.0 in July 2018. Since then, the world has changed significantly. The crypto markets have gone up and down. Blockchain fads have come and gone. The overall industry has matured.

Throughout it all though, we’ve had our eye on a singular goal: To build the most developer friendly blockchain.

It’s been a herculean effort, with contributions from all over the globe. It started with a team in Shanghai. It grew throughout America and Europe with COZ. NeoResearch joined us from Brazil. AxLabs got on board from Switzerland. Neo SPCC signed up by way of Russia. Red4Sec jumped in from Spain. NEXT expanded in China. NeoTracker and NGD Enterprise logged on from Seattle... These groups and so many other community members from all reaches of the earth have pitched in to build a truly global blockchain platform.

We couldn’t be more thankful for all the contributions, or more proud of what we have accomplished together.

N3 is ambitious. It delivers big features, such as platform native decentralized storage and oracles. It brings many fundamental upgrades from Neo Legacy, including a revamped governance system, an all new architecture, and an improved economic model. It’s multi-language support and best in class tooling make Neo a compelling choice for blockchain developers.

We believe Neo is the blockchain development platform for the Smart Economy.

A range of promotions are planned to celebrate the launch of the Neo N3 MainNet, including NFT giveaways, TestNet activities, content programs, and more. Keep an eye out on Neo’s official channels over the coming weeks for more information.

In the meantime, this article will answer some key questions NEO and GAS holders will have regarding migration from Neo Legacy to Neo N3, including those regarding dates and incentives.

For more information on the Mass Migration, please refer to this article.

Neo is upgrading to N3, the most powerful and feature-rich version of the Neo blockchain to date. As some of the advancements found in Neo N3 are incompatible with Neo Legacy, the updates were deployed in the form of a new chain.

As a token holder, you will need to migrate your tokens from Neo Legacy to Neo N3 to continue to get the most out of the Neo ecosystem and use the latest Neo dApps. You will also be able to participate in governance and receive increased GAS rewards by voting for Neo Council members to manage and decentralize the Neo network.

You should take note of two important migration dates:

(The Early Bird Migration has already ended on Sep 1.)

The final phase of the Neo N3 MainNet rollout has began on September 1st with the opening of Mass Migration. Neo invites all NEO and GAS token holders to migrate their tokens from Neo Legacy to Neo N3. NEO bonuses will be available from September 1st through October 31st.

Token holders who migrate between September 1st and October 31st may be eligible to receive a bonus on the migration of their NEO tokens. Bonuses will start at 1% and decrease over the two month period as follows:

Please take note: As NEO is indivisible, the minimum token bonus you can receive is 1 NEO. This means you will need to migrate NEO in the following quantities to receive bonuses:

Migrating in quantities less than the above numbers will not net you a token bonus. For example, if you migrate 199 NEO during week one, you will only receive 1 NEO.

Rewards will be distributed within three days of completing your migration. There are currently no plans in place for GAS migration incentives.

The Neo Foundation will cover the costs of transfer fees for users migrating 10 NEO, 20 GAS, or more. No action is required on your part as this will be handled automatically during the transaction.

A 1 GAS fee is required for users migrating less than 10 NEO or 20 GAS. This is because fees are now required on all Neo N3 transactions, and part of the migration process requires tokens to be transferred from the Neo Foundation N3 wallet to your account.

Allowing the migration of small quantities of tokens with no fee opens up an exploit where users could potentially spam transactions to burn Neo Foundation GAS inefficiently.

Token holders with a small number of tokens who wish to avoid paying the 1 GAS fee may consider migrating through an exchange.

Additionally, some users may see fees beyond 1 GAS if they have a large number of UTXO inputs. There is a limit (1KB) to how large a transaction can be on Neo Legacy before incurring fees, and having more than 15 UTXO inputs usually exceeds this size. To resolve this problem, you can consolidate your UTXOs by sending tokens to yourself before proceeding with migration.

Following the launch of Neo N3, the Neo Legacy blockchain will move into long-term support and continue to operate for at least one year. During this time the Neo N3 migration channels will remain open.

However, having two blockchains that continually generate GAS at slightly different rates makes things complicated for providers, such as exchanges that need to calculate circulating supply.

To solve this issue, NEO holders should be advised that GAS generation will stop on Neo Legacy at block height 8,000,000, estimated to occur around the middle of September.

At this point, the circulation of GAS on Neo Legacy will be exactly 52,000,000. The initial supply of GAS on Neo N3 will be minted according to this amount and sent to the consensus multi-signature address on Neo N3.

As noted in the section above, the tokens not currently owned by the Neo Foundation will be sent to the cross-chain proxy contract on N3.

As we move into migration, we want to remind everyone to refer to official Neo channels for details. Updated information, including available migration options, dates, and frequently asked questions will be published on neo.org/migration.

In regards to NEP-5 tokens, the migration from Neo Legacy will require the contract owner to first create a new NEP-17 contract on Neo N3. Project owners are welcomed to reach out to NGD’s Digital Asset Unit for migration support. Token holders should seek information from project owners on migration plans and timelines.