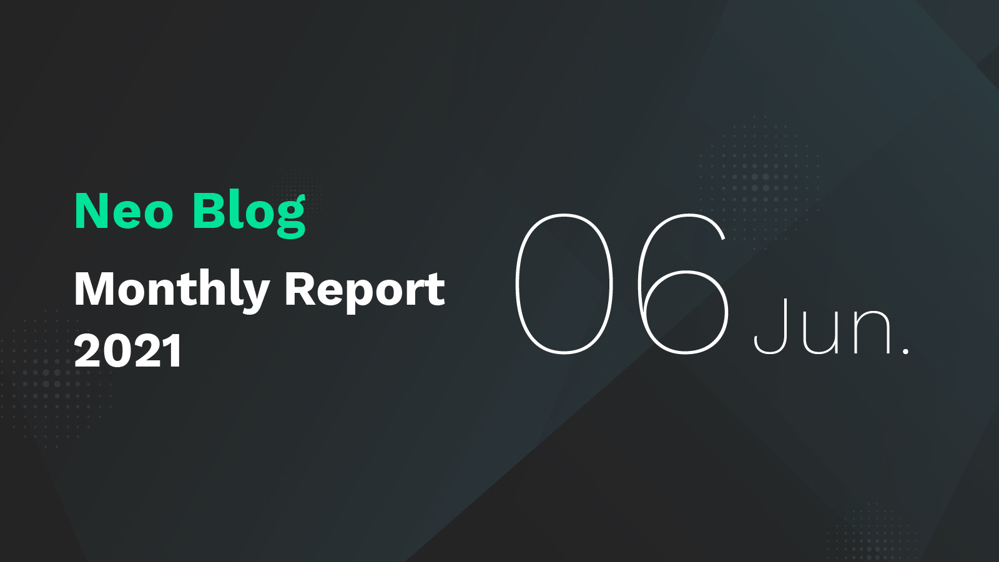 June proved to be one of the most active months so far in terms of development in the Neo ecosystem. Hackathon participants strived to complete their projects as the Neo Frontier Launchpad's development phase draws to a close, while developer community members remained close by to lend their support and guidance.

Meanwhile, in these final stages between N3 RC3 and the official N3 release, Neo's core developers are working hard to optimize the code. Here, at the core protocol level, the benefits of the ongoing hackathon can already be witnessed. Several improvements completed in June can trace their origins to hackathon participant feedback, such as changes in the Oracle module and various bug fixes.

Much of the remaining work in the Neo codebase is to do with optimization and bug fixes, but the core developers also continue to add useful new features and make other changes intended to improve developer experience. A notable example from last month was the implementation of a built-in random number generator powered by a verifiable random function (VRF).

Neo’s developer communities remained in step with the core throughout June. Several communities released their first RC3-compatible tools, and others produced further updates and refinements to the infrastructure already made available for developers.

Despite the time spent assisting with the hackathon by hosting workshops and providing developer support, teams still made time to bring new features to the network. Notable examples detailed below include a new WalletConnect SDK, a TypeScript node and compiler, and new full stack dApp examples.

Preparations are now underway for what is intended to be the final 3.0.0 release and its corresponding TestNet. Once sufficiently tested and proven to be stable, the runway will be clear for the official Neo N3 MainNet launch.

Following the May release of the N3 RC3 version, the team has been further improving the N3 experience by updating error handling procedures and fixing new edge case bugs across the core protocol, node, and C# devpack. Enhancements continue to be applied across various subsystems, including the Oracle, RPC, and consensus components.

Perhaps the most notable update to N3 in June introduced a nonce field into N3 block headers, used alongside VRF to provide access to the new GetRandom syscall for use in smart contracts. The ability to access a verifiably random number is very useful functionality across a wide range of smart contract types, including gaming, DeFi, and other applications. In the future, it is possible for the implementation to be further improved using BLS signatures.

NGD has continued its efforts to port NeoFS logic from the original Go code to C#. Over the course of the last month, development efforts have focused on updating neofs-api-csharp and the FileStoragePlugin. NGD has also begun testing the C# version of the InnerRing node.

Updated its tools including Boa, Mamba, and Dora with new functionality and created a new WalletConnect SDK for integration in N3 dApps.

Rolled out an RC3-compatible build of NEO•ONE, including a full node implementation, client APIs, and a TypeScript contract compiler.

Released neow3j 3.11.2, featuring various improvements and full compatibility with Neo N3 RC3 across the SDK, compiler, and other tools.

Integrated the completed N3 DAPI into the NeoLine chrome extension wallet and published a custom build for developer use on private networks.

Updated NeoFS nodes for RC3 TestNet and pushed major improvements across the SDK and HTTP/S3 gateways.

Issued an audit report on the Neo N3 RC3 blockchain, detailing the issues found and sharing its results from various tests.

Dora received a range of enhancements in June, including the addition of signature scopes, fee breakdowns, new event parameter types, and exceptions. These features are currently undergoing review and will be made available in a future release.

COZ released Boa v0.8.2 in June, featuring numerous usability enhancements while remaining aligned with the latest N3 build. Improvements include new interops and triggers. The current focus for the project is on imports of user-defined packages, which is expected to substantially enhance the ability for large projects to build on Neo while keeping code maintainable.

WalletConnect SDK by COZ

June saw the COZ team complete its WalletConnect SDK for Neo N3, heralding the first time that the open-source protocol can be used with Neo wallets. Documentation and a compatible web wallet for testing has already been made available for developers to begin adopting the service as a secure method for integrations between dApps and Neo wallets.

COZ also released Mamba v0.8 in June, adding critical features required by dApp developers. Additions include wallet support, the ability to sign transactions, and RC3 compatibility. The functionality currently available is expected to meet most of the basic needs of developers looking to interact with the N3 blockchain from a Python environment. Coupled with Boa, Mamba can now be used to create an entire dApp solution in Python on N3.

The AxLabs team released neow3j v3.11.2 in June, bringing the library up to date with the N3 RC3 release. In addition to a number of important bug fixes, various components in the library have been refactored and restructured to result in a more intuitive developer experience.

In parallel, the team also developed an example dApp to serve as inspiration and a guiding hand for Java developers looking to build on Neo N3. The dApp makes use of a simple governance mechanism which allows participants to vote on the best memes, and gives an example of a NeoLine frontend integration.

In June, the NEO Tracker team released NEO•ONE v3.3.0-rc3 with a fully compatible node implementation. New APIs and bug fixes in the compiler were also included to facilitate the creation of RC3 smart contracts written in TypeScript. The team also updated the N3 version of its website with improved documentation and guides on environment setup and available APIs.

The NGD Enterprise team worked on various Neo Blockchain Toolkit enhancements in June. In particular, support for Mac M1 chips in the Toolkit and Neo Express has been a much requested feature. Additionally, time-travel debugging support for the Visual DevTracker component has also been completed.

COZ has begun working on N3 support in both the desktop and mobile implementations of the Neon wallet. A desktop milestone reached in June has resulted in a release candidate currently undergoing testing, planned for release within the following few weeks. The mobile wallet will receive a planned update in the near future to mitigate various issues found during the beta.

The team will integrate WalletConnect for N3 natively into both versions, with Ledger support for N3 to follow shortly afterwards. Planning is also underway for a Legacy to N3 migration path for Neon wallet users.

NEXT completed development of the NeoLine Chrome extension’s N3 DAPI in June, providing an interface for user wallets to interact with dApps. An additional private chain mode has also been created as a tool for developers, simplifying the process of testing DAPI integrations on local networks.

In June, Neo SPCC completed a minor refactoring of its inner ring code and storage node config. The team produced monitoring infrastructure for the RC3 TestNet and pushed various bug fixes discovered during the first round of developer onboarding. API client improvements for service developers were also included in the updates, and a section for the reputation subsystem has been added to the NeoFS specification.

The team also made notable progress on various NeoFS services, especially the S3 gateway, which now features support for container creation and deletion, a number of bug fixes, and a reworked authentication scheme. Updates were also applied to the HTTP gateway and SDK, adding support for NEP-6 wallets amongst other changes.

June saw Red4Sec deliver its audit report on the Neo N3 RC3 version. Issues identified during testing are currently under review as Red4Sec continues its security evaluation for new changes to the protocol.

New articles were released on Dojo in June with a focus on dApp developers. Tutorials for writing Python smart contracts and interfacing with them in JavaScript are available, and a new WalletConnect article demonstrates how to integrate the protocol within an application.