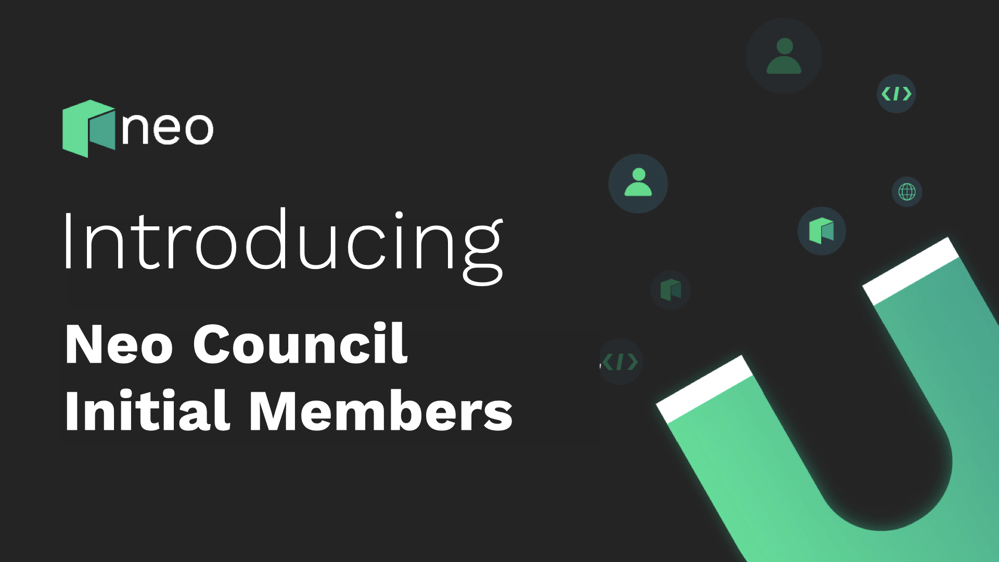 As we reach the final stage before the N3 MainNet launch, the Neo Foundation has recently sent out a recruitment for initial members of the Neo Council, in order to ensure the stability of the Neo N3 MainNet during its early phases.

The team received dozens of applications during the recruitment process. After a series of thorough assessments, the final 10 community candidates have been selected, together with another 11 initial members filled by the Neo Foundation and NGD, they will form the initial Neo Council during N3 MainNet Launch.

The final selection of the 10 candidates was done based on the criteria published in the recruitment. Most of the selected candidates are not only long-time contributors to the Neo ecosystem with solid understanding of Neo’s technology and the entire ecosystem, but also pioneers in blockchain development and application. There is also a new face in the final lineup: InfStones, the world's leading blockchain infrastructure provider. Leveraging on their strong node operation experience, InfStones is committed to strengthen the security and stability of Neo N3. We sincerely thank all applicants during the recruitment, we will continue to communicate with all interested parties to explore collaboration opportunities in the future.

Everstake is an industry-leading PoS operator that helps institutional and individual investors to profit over staking. The Ukraine-based team has long been involved in developing the Neo ecosystem. Leveraging on their enterprise-level infrastructure, Everstake aims to help maintain the network security by running highly secure and reliable nodes to ensure maximum efficiency and safety.

ChainNode (formerly 8BTC Forum) was founded in 2013 and is currently the largest community for blockchain fans in China. It is also the official discussion forum for a large number of high-quality projects and platforms. ChainNode also provides users and partners with comprehensive community services, including online and offline event list, AMA, livestream and other special modules. By joining the Neo Council, ChainNode will be a strong addition to Neo’s community and media reach.

As the first DEX built on Neo, Switcheo has successfully grown from a pioneer atomic swap exchange to a complete future financial infrastructure with products ranging from cross-chain DEX to derivatives trading. As a EcoBoost project, Switcheo will help to optimize infrastructural stability Neo with a focus on improving and implementing cross-chain protocols.

Since 2017, Neo News Today has played a key role within the community as a source of ecosystem news as well as a key NGD partner. In partnership with NGD, Neo News Today has worked closely with the team in event planning, promotional activities, community feedback, operations, and ecosystem growth. The team is planning to reinvest a portion of GAS revenue into the ecosystem to lower the user cost while also encouraging people to contribute to Neo based on their skills through other measures.

NeoSPCC is a research and development group targeted at solving complex problems in the field of distributed systems and data storage, including a critical new component in Neo N3, NeoFS. As part of the international developer community, the team is committed to the Neo ecosystem and aims to continue deploying new technologies while helping optimize network efficiency. Moving forward, NeoSPCC will deliver more products to enable truly decentralized applications while also addressing real issues faced by users and enterprises.

Started as a DEX within the Neo ecosystem, Nash is now a non-custodial integrated financial services platform providing decentralized financial services to users around the world. As an early ecosystem project, the team shares many common interests with the Neo community, and will continue upholding Neo’s vision and mission as a Neo Council member.

As one of the earliest Neo community projects, COZ has built numerous tools and applications within the ecosystem, ranging from wallets and explorers to compilers and SDKs. As a Council member, they are dedicated to achieving consensus while moving towards decentralization.

As an infrastructure development community dedicated to Neo, NEXT hopes to contribute to the governance of N3. With the aim of merging the traditional and blockchain worlds, NeoLine Wallet has already attracted substantial interest from mainstream audiences, and NEXT is committed to helping upgrade Neo N3’s nodes to enhance efficiency and user experience.

Founded in 2018, InfStones is the world's leading blockchain infrastructure provider, operating in two continents and three countries. infStones is committed to lowering the barriers to blockchain access and use and making it easier for clients to build their own infrastructure on various blockchain networks. Through its unified platform, InfStones has supported tens of thousands of verifier nodes on over 50 public blockchains. infStones hopes to optimize security on the Neo network, provide support for more developer-friendly infrastructure services on Neo, while leveraging its technical advantages and experience in running verifier nodes.