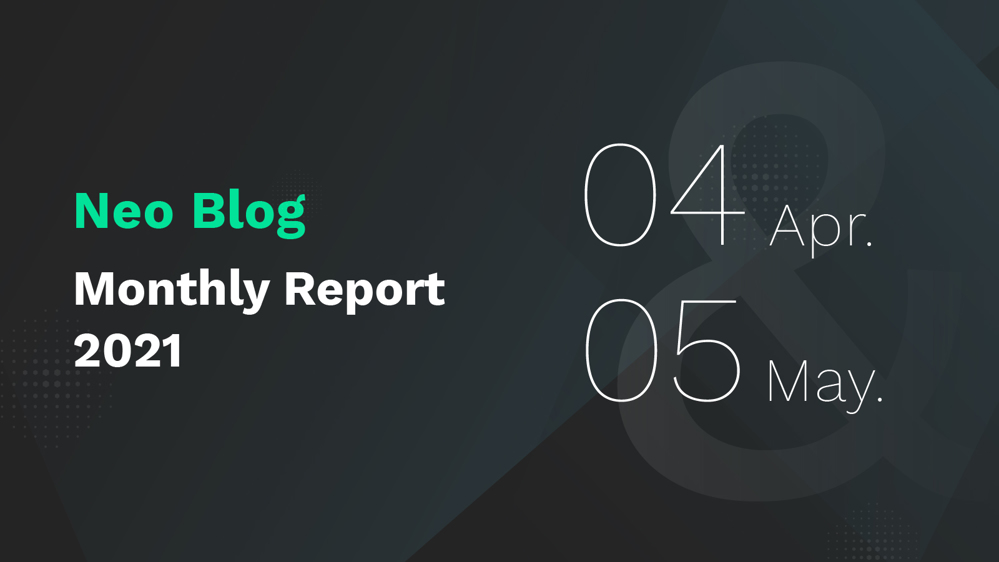 Over the past two months, the Neo core development team concentrated its efforts on the N3 RC2 and RC3 versions, applying improvements and fixes uncovered after the initial RC1 release. These updates bring a number of improvements and optimizations to the protocol, and adds a new C# smart contract compiler. RC2 and RC3 were deployed on the TestNet on May 18 and June 1 respectively, allowing developers to familiarize themselves with the latest changes.

On the other hand, NGD is also working on transplanting NeoFS logic from Neo-Go to Neo-C#, as well as adding more features to NeoFS.

Please refer to the announcement on the official website for details.

Introduced the new Dojo documentation portal for Neo developers and rolled out updates across its product suite to ensure ongoing compatibility with N3.

Completed its RC1 node implementation, with client APIs and TypeScript compiler soon to follow, and rolled out a new N3 version of the website to host documentation.

Released neow3j for RC1 with numerous features and fixes, including robust compiler improvements tested with fungible and non-fungible token contracts.

The focus of this month's work is mainly on the upgrade of N3 RC2 version and providing a better wallet, browser, development tools, and other related infrastructure services for the testnest going online.

Began auditing the RC2 version and other code changes since the RC1 review.

In April, Neo SPCC updated its N3 RC1 compatible NeoGo version with various fixes. The team also refactored the CLI implementation with a number of improvements, including NEP-11 commands and support for the data parameter in NEP-17 transfers. Documentation and examples have also received updates to bring them in line with the latest changes and provide a better entrypoint for Neo developers.

Dora has been updated with a new network monitor which will replace monitor.cityofzion.io, with plans for new features and analysis tools. COZ has also begun decommissioning Neoscan, which will have its API mapped to Dora to ensure minimal impact on UI and API consumers. More information on the decommission will be announced on the team’s Twitter page.

Boa was updated with a number of critical features that were identified by internal teams using the product. Notable examples include expansion of its type-casting support, allowing more complex storage models within smart contracts. Future updates will focus on ensuring compatibility with N3 changes whilst also developing documentation and examples around the tool to act as references for developers. The first tutorial resulting from this initiative has been released on Dojo, which makes use of Boa and Neon.js.

Having achieved RC1 support in late March, changes to Neon.js mainly focused on bug fixes and alignments with the more recent modifications to the core N3 protocol. With interfaces around N3 beginning to stabilize, attention will be turned towards producing documentation that will make the project easier to use.

Mamba achieved RC1 parity in April with its v0.6 release. Noteworthy changes found in this version include support for the StdLib and CryptoLib native contracts, improved calling for native contracts, and various other features, fixes, and optimizations.

AxLabs released the RC1-compatible neow3j v3.9.0 in April, with a range of useful new features for Java developers. Examples include support in the devpack for multi-file contract debugging and a ByteString type which closely models the NeoVM ByteArray stack item type. Hash160 usage was also propagated to discourage the use of address strings in the SDK API, and new convenience methods have been introduced to make life easier for developers.

In May, AxLabs released the RC2-compatible neow3j v3.10.0 with several important fixes. Also, they updated the external documentation and began building a dApp example for demonstration purposes.

In April, the team covered much ground in developing an N3 RC1-compatible version of the NEO•ONE platform. The node implementation was completed, capable of syncing with the RC1 TestNet, and a TypeScript contract compiler is also approaching completion. These updates will be pushed to NPM in the coming weeks.

The new version, v3.3.0-rc1, will provide a full node and most client APIs required to interact with the network. The release will also feature the ability to compile, deploy, and invoke a TypeScript smart contract on N3 for the first time. A new N3 website has also been pushed live, which will host N3-related documentation in the future.

On May 5th, the NEO•ONE RC1 version was released. The team are now working on RC2.

NGD Enterprise deployed its Neo Blockchain Toolkit for RC2, including updates across Neo Express, the Debugger, test harness, and DevTracker. New versions will also make use of the new C# contract compiler.

Additionally，the team has launched the "N3 Pet Shop" sample application, by building a series of applications including quick starts and tutorials, the team would like to showcase the platform capabilities to new developers coming to Neo.

April saw the Neon wallet team turn its focus towards supporting N3. Most changes to the code were associated with adapting to the new network and laying the groundwork for the migration strategy. These changes will be released closer to the N3 MainNet release. The team also noted substantial progress in dApp connectivity, with a planned release for this functionality in the new future.

Feedback from the NeoFS TestNet launch resulted in a number of bug fixes and code enhancements for NeoFS. Neo SPCC also newly implemented the EigenTrust++ algorithm for storage node reputation management, and a new write cache with two cache layers.

The team also added NEP-2 and NEP-6 key support to the NeoFS CLI, and updated its recently released HTTP gateway with fixes and documentation improvements.

Following previous months, Red4Sec maintained its course in assessing the ongoing security of the N3 code. A review of the RC1 implementation is underway, and the team has begun its audit of the recent RC2 release.