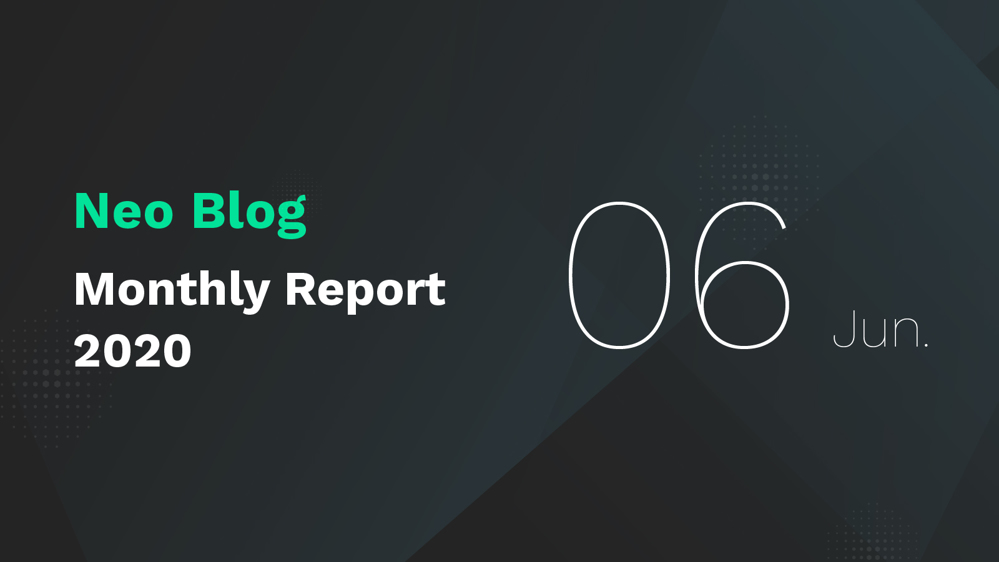 For many, June will be remembered for the announcement of the InterWork Alliance (IWA). The IWA is an organization that aims to accelerate the adoption of token powered technologies through the creation of protocol agnostic standards and frameworks.

Neo is proud to be one of five founding sponsor members, alongside Microsoft, Accenture, SDX, and Digital Asset. Other launch members include companies such as IBM, Nasdaq, UBS, Hedera Hashgraph, DID Alliance, Hyperledger, and more.

NGD Seattle’s own John deVadoss sits on the IWA’s Board of Directors and also serves as the head of the tools steering committee. Standards set by the IWA’s Token Taxonomy Framework (TTF) have already been implemented in NGD Seattle’s Visual Token Designer.

Another notable achievement for June was the upgrade of the Neo TestNet to neo-cli v2.10.3-neox-preview1. Building on the work from last month, this update provided two important new pieces of functionality; a new state root feature, and support for the Secp256k1 curve in Neo’s cryptography module.

Together, these two features provide the functionality required for the first implementation of Neo’s cross-chain technologies.

NEXT, O3 Labs, Moonlight, and Bridge Protocol also made notable progress, with all projects publishing new releases during the month.

The full Neo Global Monthly Report for June can be found below:

In June, Neo began merging code related to the state root functionality, and completed the integration of the new index synchronization method. The new mechanism brings dramatic improvements to the block synchronization speed by allowing nodes to request blocks by index rather than first needing to synchronize each block header.

Neo also worked to finalize the design of the Neo3 economic model. Following thorough discussion, an initial implementation has now been developed and is currently undergoing code review.

During June, Neo development teams continued efforts to update infrastructure to bring it in line with Neo3 Preview2. NGD Seattle released compatible versions of Neo Express and the Smart Contract Debugger to work with Preview2, and Neo SPCC found its NeoGo implementation for Neo3 to have fully compatible storage with the core C# TestNet nodes.

COZ published a public preview of its neon-js SDK for Neo3, alongside internal releases of its Neo3 Python compiler and a Neoscan redesign. Development is also underway on a universal VM implementation.

Community efforts also showed a trend towards producing resources for new Neo developers, such as code snippets and guides. Notable examples include neow3j, which has produced updated Neo2 and Neo3 examples for developers working with Java or Kotlin, and Alienworks, which completed the Python version of its first two interactive contract tutorial lessons.

Neo started the month by announcing itself as one of five founding sponsor members of the InterWork Alliance (IWA). The IWA is a platform-neutral, non-profit organization which aims to encourage mainstream token adoption at the business level by developing and promoting network agnostic token standards. Other founding members include Microsoft, Accenture, Digital Asset, and SIX Digital Exchange.

NGD Seattle head, John deVadoss, holds a position on the Board of Directors and will serve as Chair of the Tools Steering Committee.

Neo is also cooperating with the IWA to raise awareness and provide the community with updates via articles and online AMA sessions.

Towards the end of the month, Neo began preparing for presentations for July events, and Da Hongfei published a guest article on Cointelegraph focusing on the macro role of USDT.

A range of ecosystem projects achieved milestones in June.

It was a good month for exchanges with Nash reaching one million USD in daily volume for the first time, and Switcheo experiencing a 300% increase in volume when compared to May. Switcheo also underwent a rebrand, designed to refocus its identity and reflect its values.

There was also progress in the wallet space, with O3 Labs taking another step towards its full relaunch. Beta versions of the O3 desktop and mobile wallets were released with an updated UI, which was followed by an AMA hosted on the Neo Reddit to allow the community to get to know the new team.

NEXT launched its NFT platform which allows users to send and receive NFTs from within the NeoLine wallet. To promote the new functionality, a competition was held that allowed Chinese mainland users to claim a T-Shirt NFT token and use it to claim a physical shirt.

In the identity space, Bridge Protocol released v3.0 of it’s Bridge Identity Platform, which included features such as Ethereum and Neo cross chain support and a restructured SKD.

Moonlight released v1.1 of its platform, which added new analytics functionality to its profile and link dashboards along with various other general improvements. The update is intended to provide users with direct access to useful insights that can be used to aid networking efforts.

The Neo ecosystem also welcomed MADANA, a German company who specializes in confidential computing - specifically, hardware-based Trusted Execution Environment (TEE) technology. MADANA will collaborate with Neo to evaluate the use of NeoFS alongside its secure processing applications.

A summary of ecosystem growth in June can be found below: