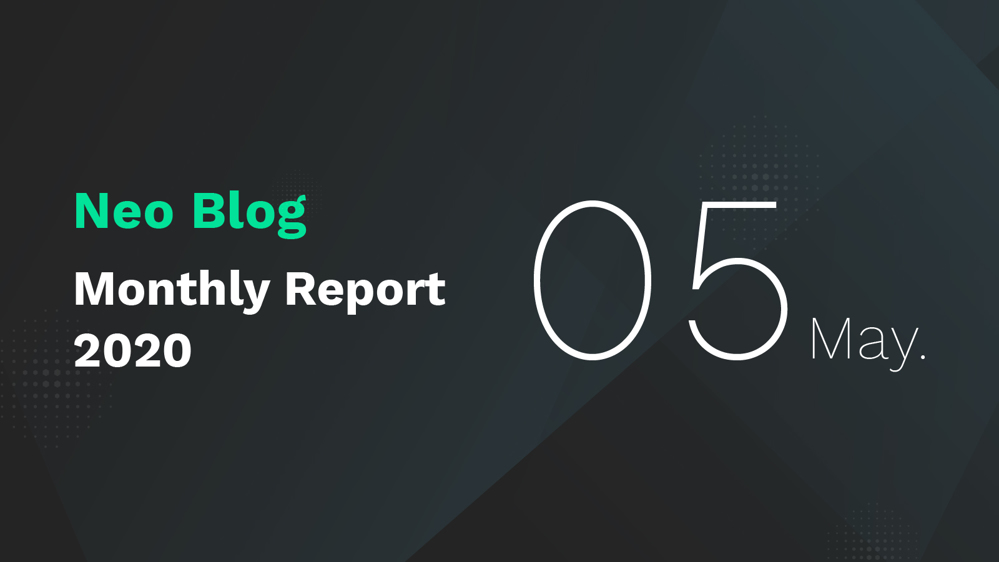 Neo had much to talk about in May, participating in a range of virtual events such as Consensus: Distributed, the Crypto Asia Summit, REIMAGINE 2020, BlockConf Digital, and the IEEE International Conference on Blockchain and Cryptocurrency 2020. With plenty of new developments to share, Da Hongfei, John deVadoss, and others from within NGD and the Neo community delivered a range of presentations and workshops.

Neo took the opportunity during its hour long block at Consensus: Distributed to unveil progress in the areas of governance and developer tooling.

Da offered a preview of the new voting and economic model planned for Neo3, which will feature 21 committee members who will be elected to make decisions regarding the platform. Under the new model, GAS distributions would be influenced by voting participation, incentivizing NEO holders to vote responsibly.

Time travel debugging is a technique that was pioneered by Microsoft that allows developers to step both forwards and backwards through code, observing storage changes or any unexpected behaviour to help isolate and troubleshoot issues. It has been included in the most recent version of NGD Seattle’s Neo Blockchain Toolkit for VS Code.

Further, the new Visual Token Designer is a new “standards-based approach to realizing our vision of the smart economy.” It builds upon work done by the Token Taxonomy Framework to create token classifications and definitions intended to bridge the gap between blockchain developers, business executives, and regulators, and packages them into an easy to use extension for building tokens.

In other major developments, the Neo2 TestNet was readied for an upgrade to the latest version of neo-cli, v2.10.3-neox-preview1, which includes a new state root feature, and support for the Secp256k1 curve in Neo’s cryptography module. Together, these two features provide the functionality required for the first implementation of the cross-chain protocol that is designed to allow the transfer of assets between different blockchains, such as Bitcoin and Ethereum.

The full Neo Global Monthly Report for May can be found below:

In May, Neo completed the development of the state root feature for Neo2. Through the use of MPT, a storage state root is determined and persisted which nodes can use to check their correctness by verifying the state root with consensus nodes through the P2P mechanism. This is an important feature for supporting lightweight clients and SPV, and together with the addition of the secp256k1 curve is used to enable the initial cross-chain operations on Neo.

State root will soon be ported to Neo3, where it can be used to assist with the migration from Neo2 along with enabling future interoperability. Additionally, Neo also completed the development of its exception handling mechanism for smart contracts, which is expected to greatly benefit the development of dApps.

Discussions regarding the Neo3 economic model are still underway with the community, with a final implementation expected to be decided upon in the near future.

Throughout May, infrastructure development by Neo development teams was split relatively evenly between both Neo2 and Neo3. NGD Seattle office released v1.1 of the Neo Blockchain Toolkit, bringing new functionality including time-travel debugging, disassembly view, and initial support for testing cross-contract invocations. The release also saw a number of upgrades to neo-express and the Visual DevTracker, including a new storage explorer, improvements to the contract invocation panel, and a new pre-claim GAS option for new neo-express instances.

On the Neo3 side, Neo SPCC's NeoGo, neow3j's Java SDK, and NEL's NeoRay debugger all saw changes aimed at bringing the tools in line with Neo3 Preview2. COZ in particular carried out extensive development on the Neo3 versions of its most popular tools, neo-python, neo-boa, and neon-js.

NeoResearch reported the evolution of its neo-opt project, now separated into three repositories. At it's base lies neo-cpp-core, a C++ implementation of the Neo3 core, then compiled with Emscripten into lib-neopt-core library. Once bundled into a JS/WASM version, it is combined with native JS cryptographic libraries to produce a Neo3 SDK for C++ and JS users.

The neo3-cpp-core project integrates multiple implementations from neopt project, including csbiginteger-cpp and libcryption. Using the latest WebAssembly technologies, C++ code is converted into JavaScript, for a portable lib-neopt-core. Finally, this library is used by the neopt-sdk-js project to provide access for developers to the latest Neo3 features. The focus will move onto NeoVM3 now that the core parts of Neo3 are complete.

A short article was published explaining the technology behind neo-cpp-core project.

Neo attended a series of events in May, including Consensus: Distributed, where Neo participated as a foundation partner and delivered a series of keynote presentations on topics ranging from Neo governance to developers experience. Members of NGD and Neo communities also actively participated in events such as Crypto Asia Summit, REIMAGINE2020 and BlockConf Digital.

At the same time, Neo published several Neo Column articles, many of which are companion articles to presentations given at recent events.

Throughout May, the Neo ecosystem continued to see growth on multiple fronts. Many O3 users will be happy to know that O3 Labs is under new management and will be relaunching its wallets very soon. NeoLine is also working on opening up more possibilities for NFT lovers, while infrastructure platform, HiggsNetworks, is developing its V2 upgrade which will enable high throughput transactions for its users. In addition, the partnership between Neo and FLETA triggered discussions within the community. This partnership is an outcome of the recent decoupling of NeoVM, which allows NeoVM to be used separately in applications.