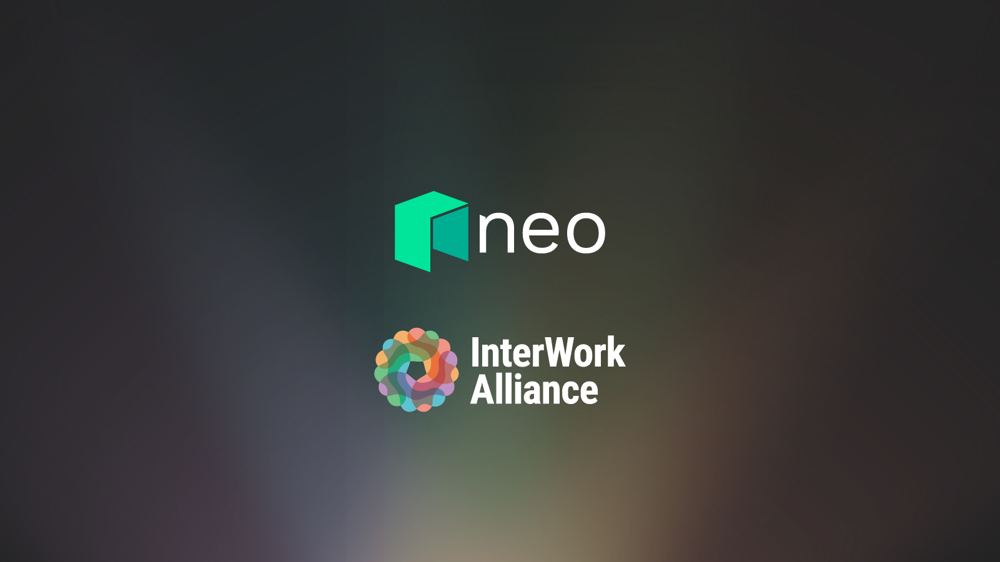 Today, Neo initiated the InterWork Alliance (IWA)—a platform-neutral, non-profit organization as one of five sponsor members. With the goals of accelerating blockchain innovation, IWA aims to encourage mainstream adoption at the business level by developing and promoting tokenization standards to bring together various blockchain networks. As a leading blockchain with deep expertise in digital assets, Neo will leverage its strengths while working alongside launch members across a variety of industries, including Microsoft, Accenture, IBM, Nasdaq, and UBS, to realize its vision of “Next-gen Internet” (NGI) by empowering large-scale, commercially viable blockchain applications and solutions.

The InterWork Alliance will provide the frameworks needed for businesses to create standardized token definitions and contracts in non-technical, business terms, and then turn them over to developers for coding on any platform of choice.

The Alliance’s focus areas include:

To that end, John deVadoss, Head of NGD Seattle and Director of Enterprise Adoption, will draw upon his expertise in developer experience to serve as Chair of the Tools Steering Committee of the IWA. Within this capacity, Mr. deVadoss will help drive forward the IWA’s three focus areas, namely the Token Taxonomy Framework (TTF), the Interwork Framework, and the Analytics Framework. Moreover, Neo has already started to push forward the development of TTF through its Visual Token Designer. As a streamlined and standardized token issuance and management tool, Neo’s Visual Token Designer enables developers, business analysts, and policy makers to collaborate in developing, setting, and utilizing token standards.

Speaking on the subject of the Alliance, Da Hongfei, Founder of Neo, noted that, “Digital assets are at the core of Neo, and we’re excited to come together with IWA together to drive mainstream adoption by developing standards which will foster greater interconnectivity and cooperation at all levels. Moreover, I believe we are at the precipice of a global paradigm shift, one that will usher in the smart economy of the future. To that end, we are building Neo3 while working together with our IWA partners to realize mass adoption of blockchain and build the foundation for next-gen Internet.”

Reflecting Mr. Da’s comments, John deVadoss stated that, “In the past few years, it has become increasingly clear that developer and blockchain innovation go hand in hand. As Chair of the Tools Steering Committee, I look forward to working alongside our partners to optimize developer experience by developing a shared language and toolset, thus enhancing interconnectivity and cooperation. By coming together, I am confident that we will create the smart economy of the future.”

As Neo marks a key milestone by initiating the IWA as one of five sponsor members, it is set to usher in the next era of blockchain adoption and innovation. Drawing upon its deep expertise in tokenization and digitization, Neo is dedicated to improving interworking amongst disparate platforms by helping standardize token attributes and behaviors for accelerated innovation and enhanced impact.

Underscoring its commitment to building next-gen Internet, Neo is committed to working alongside its IWA partners to realize mainstream blockchain solution as well as the smart economy of the future.