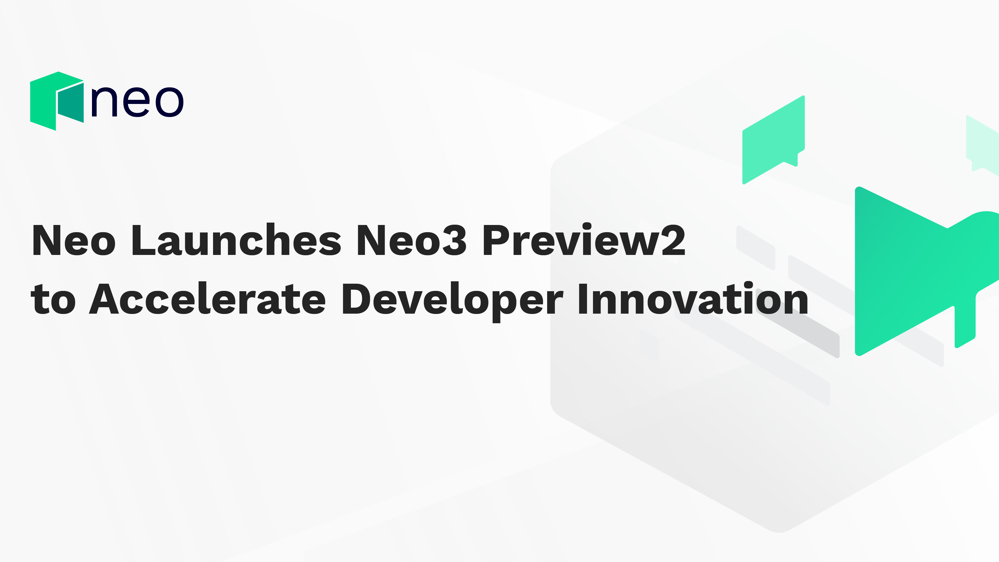 Neo, a leading community-driven blockchain platform, launched Neo3 Preview2 to further empower its developers with a set of optimized features and capabilities. Marking yet another milestone, Preview2 will accelerate the future by encouraging developers to jointly advance Neo3’s infrastructure.

With Preview2, Neo will deliver an enhanced developer experience with bolstered features, including:

Offering instruction performance which is up to 16 times more powerful than prior versions, NeoVM has also been decoupled from the chain with a modular design which will enhance the extensibility of Neo’s protocol.

Following on from the release  of Preview1 just six months prior, Neo3 now features significantly optimized features and functions, including:

Please follow the link for the detailed changelog of this release.

All developers are welcome to test this release and begin using it to build infrastructure and tools. More details can be found in our official Neo3 Documentation Portal and the comprehensive Neo3 Development Guide.

Neo is an open-source platform driven by the community. It utilizes blockchain technology and digital identities to digitize and automate the management of assets using smart contracts. Using a distributed network, it aims to create a smart economy by building infrastructures of the next-gen Internet and creating a solid foundation for mass blockchain adoption.

Launched in 2016, the Neo MainNet has been in stable operation for more than 3 years. Neo is expecting to launch Neo3 in 2020 - a robust implementation with high throughput, enhanced stability and security, an optimized smart contract system, and a feature-packed infrastructure set to empower developer adoption and to accelerate enterprise-grade blockchain innovations.