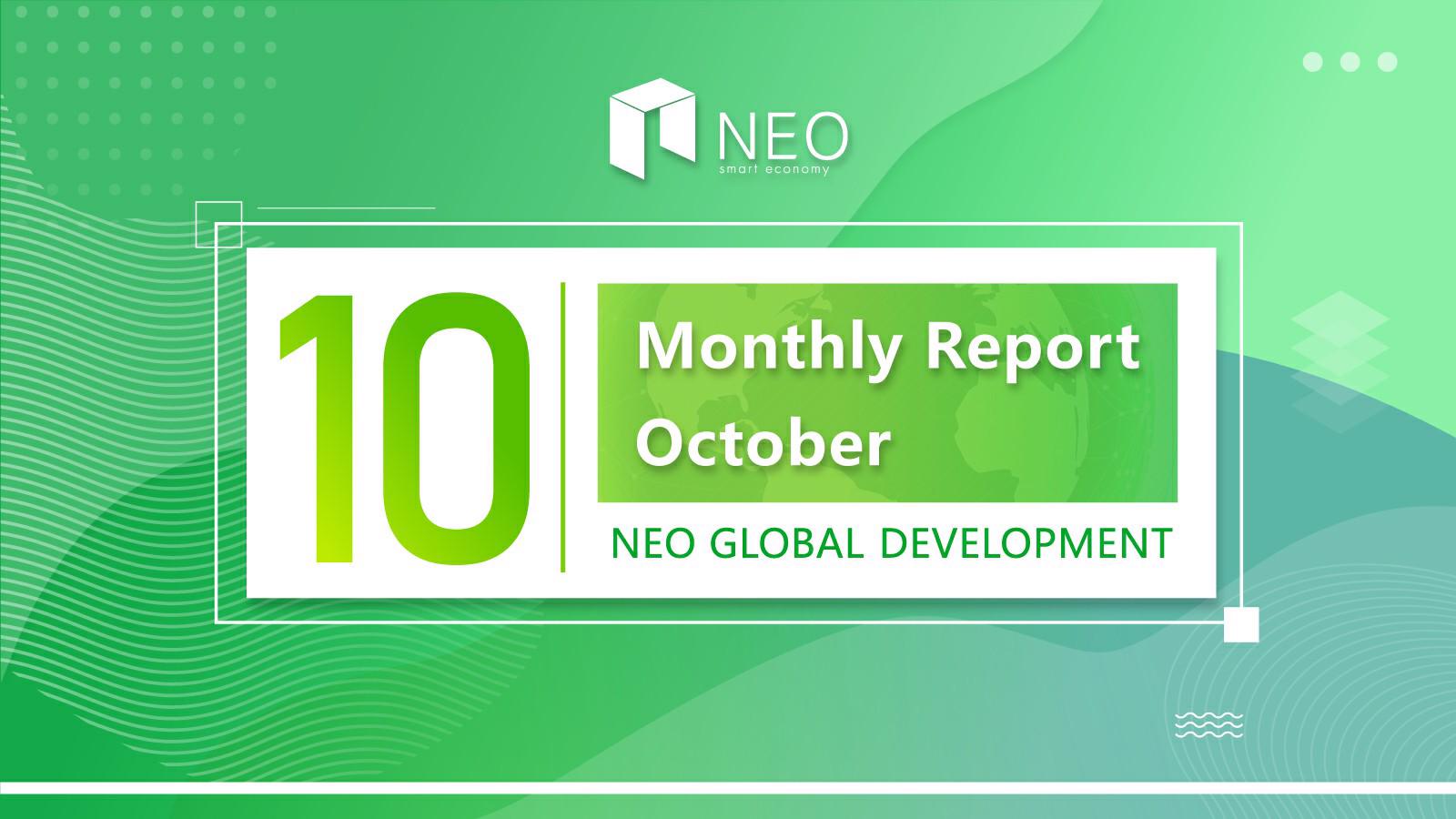 October is an important month to NEO. We have had plenty of events during this month, marking important milestones.

Below is the NGD month report for October, 2018.

We celebrated the two year anniversary of NEO MainNet release on October 17. NEO ecosystem wouldn’t have prospered as it has without the support from the community members and partners over the past two years. (https://neo.org/blog/details/4112)

KPN was voted in as a consensus node on NEO MainNet in the latest consensus node election on October 20, indicating a further step towards decentralization. (https://neo.org/blog/details/4117)

The first NEO Creative Design Competition was attended by 100+ designers from 30+ countries over the past month, whose contributions have laid a solid foundation for building NEO designer ecosystem. The competition concluded this month with the completion of prizewinner selection process. (Link)

We are pleased to see the growing presence of NEO global community, enriched by Keymakers, a Japan-based NEO Developer Community that is playing an active role and AmazoNEO, a newly established organization. NGD also brought meetup to Russia for the first time with the purpose of exploiting local community resources.

Allow the RPC server to bind to local address

Allow client certificate to be checked on the RPC server

Fix a bug in the RPC server

The community continues to expand steadily this month with an increment of new followers in various social media platforms, proving its growth potential. NEO Discord also opened a new channel – Keymaker this month. Keymaker is a Japan-based developer community led by Miki Hayama, Director of Ecosystem Growth and founded in May, 2018.

New AmazoNEO community is taking shape. Its purpose is to extend NEO’s reach to Latin America and enhance NEO’s presence in the local industry, public sector, academia and the massive public. This blockchain community grows by drawing resources from the society.

NGD kicked start the Hackathon Tour in October. We have seen the marvelous skills demonstrated by talented developers in the Delft & Rotterdam and Berlin hackathons that already finished. The 5th session of NEO Blockchain Open Course released this month was greeted by participants with unabated enthusiasm . NGD core members also participated in many events held around the globe.

The first NEO Creative Design Competition successfully concluded with over 100 pieces of webpages and icon design submitted. The prize pool is worth $30,000 GAS amount.

Liu has a bachelor’s degree in System Science and Engineering in Zhejiang University. After graduation, he sought post-graduate education in Delft University of Technology majoring in ewi embedded system group. He was involved in ERP service system development since 2016 with proficiency in Java, springMVC, Python, Django, Flask, front end, React and Redux. He participated in EOS node election and EOS mainnet launch test.

If you have any valuable suggestions for NEO or NGD, please feel free to join our discussion in NEO Discord channel or send an email to suggestion@neo.org.