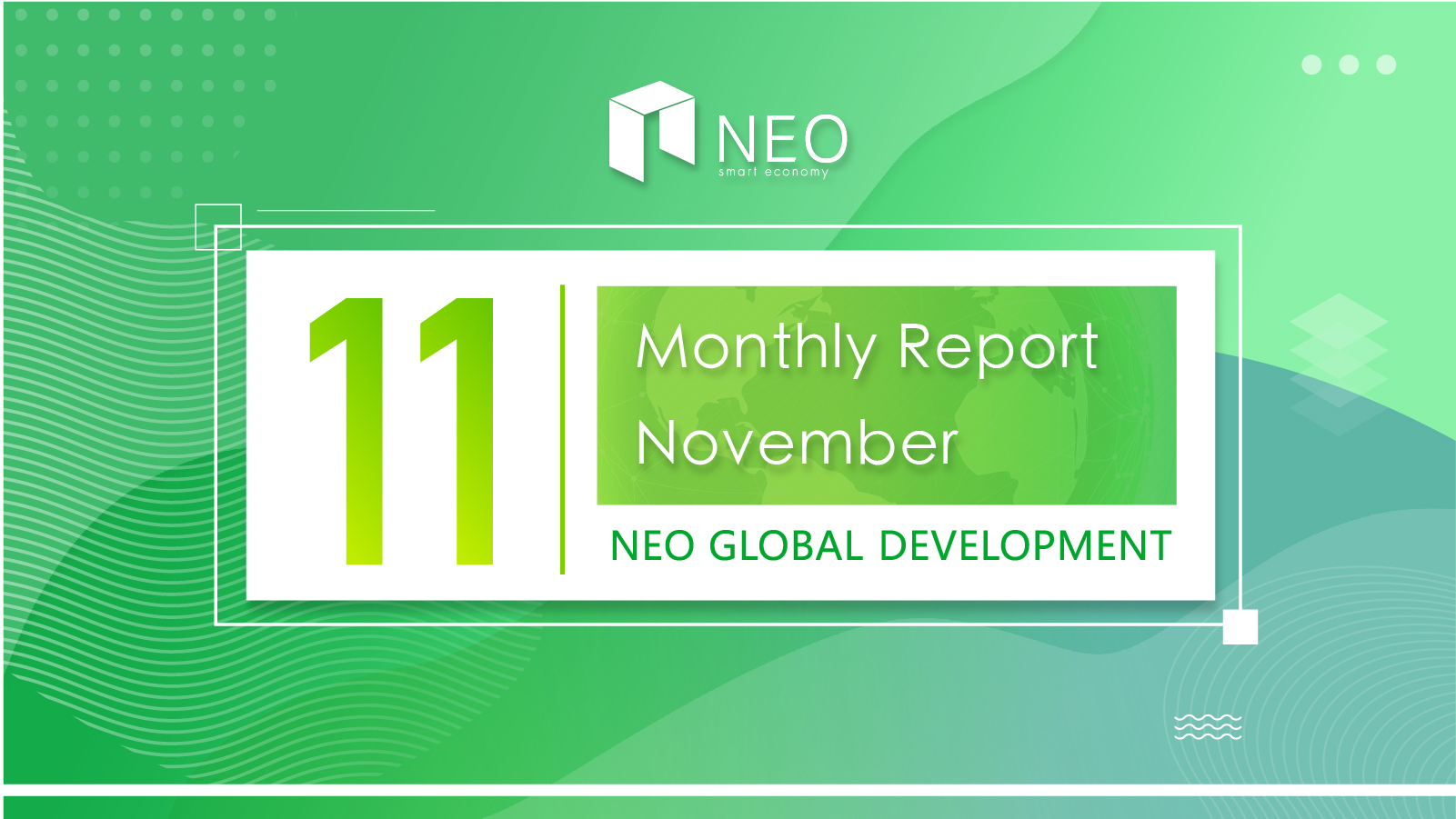 The three week long NEO Europe Hackathon Tour has officially concluded. The last event of the series was held in Zurich, Switzerland on November 3rd and 4th, and featured participation around 40 developers. Overall, the tour attracted over 200 participants with more than 20 works submitted. The successful conclusion of the Hackathon Tour indicates that NEO has established a larger presence in Europe.

As part of the event series designed to celebrate the NEO MainNet two-year anniversary, the NEO Wallpaper Design Competition was held with over 100 works submitted by designers from over 10 different countries. The final results were released on November 9th. Please find the prize winners here (link) and feel free to download the designs.

Social analytics data suggests that NEO community was more active in November with considerably more discussions taking place on Discord. The number of community members on some social platforms slightly increased, while others remained consistent with last month.

A new Colorado-based community initiative called NEO Denver launched this month, holding its first meetup on November 6th. Discussions revolved around a basic introduction to the NEO platform with representatives from ecosystem projects in attendance.（Link）

One of the most important events hosted by NGD in November was the Hackathon Tour, which concluded successfully at the beginning of the month. With experience gained from the first two stops, the last hackathon of the series was held in Zurich, which achieved desirable outcomes.

The 6th session of NEO Open Class was held this month in Shanghai. After this session, we will conduct a new plan for the open class to provide a better experience. And the NEO Open Class program will resume in Q1 of 2019.

November closed with the launch of the NSPCC in at a meetup in Saint Petersburg on November 30th. The NSPCC will focus on the development of distributed file storage system on NEO, along with ecosystem growth and blockchain incubation in Russia.（Link）

Graduated from Kiel University with a Master`s degree in International Law, Songping has bountiful overseas work experience. She joins NGD Shanghai Office as a marketing specialist.

Graduated as a Master of Science in Electronic Systems Engineering from Arizona State University in 2015. Then he focused on building ERP/CRM systems based on Microsoft Dynamics GP/AX at Tridea Partners (Columbus Global) in San Diego, CA. He has joined NEO R&D department as a software developer.

We would like to acknowledge the delay on the financial reports we had aimed to release in Q3. We are aware that this is something the community is eager to see and is disappointed we did not deliver. The NEO Foundation is actively hiring a financial controller to improve financial transparency through the routine issuance of financial reports. Da Hongfei recently responded to a Reddit thread regarding the delay and issued an apology.