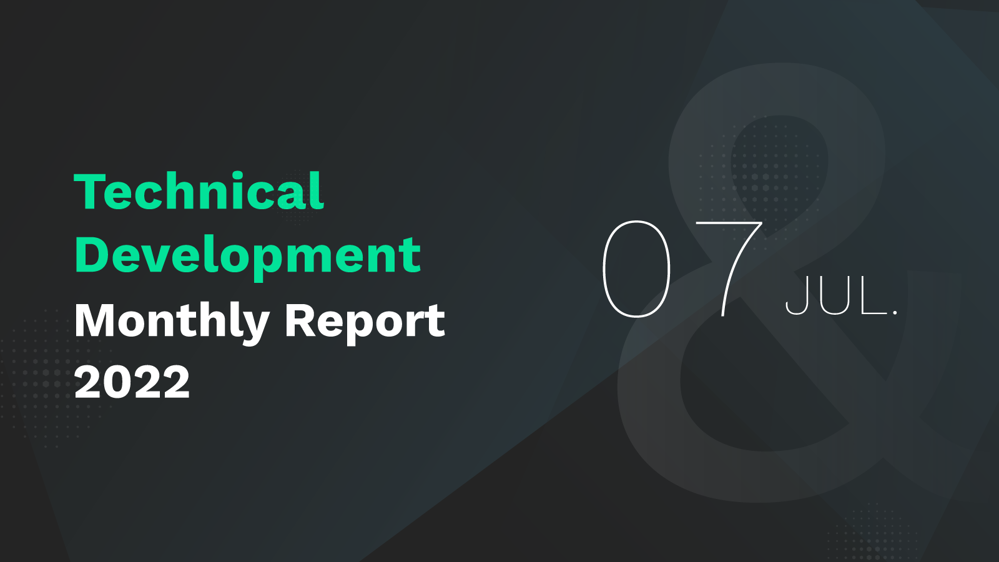 Developer conveniences are the primary deliveries from the Neo core in July, while plumbing for more significant enhancements to the platform continues under the surface. At the top level, developers will find a convenient new native contract method and improved asset details when using the TokenTracker API.

Like the Neo core, more significant progress occurs out of sight. Neo SPCC began implementing a large-scale refactoring of its RPC packages in July, designing new interfaces for network interaction and cutting out redundant code. Similarly, COZ began preparations for a Dora API rework, and broke ground on a new project to improve the accessibility of ecosystem project design assets.

The full Neo global monthly development report for July can be found below.

Previously, the TokenTracker plugin for NeoCLI would return an array of balances, including the token script hash, the integer amount, and the last block that the balance changed. A recent improvement has extended this interface with the asset’s contract name, symbol, and decimals for developer convenience.

Initiated an RPC refactoring for NeoGo and enabled support for running on ARM hardware such as Mac M1 laptops.

Prepared a rework of the Dora API provider, began working on a method to standardize project design assets, and added automatic contract standards detection to Boa.

Reviewed fixes for MyMuffin and GhostMarket smart contracts and detected an error in Neo core which prevented use of Assert in safe methods.

COZ made progress on a number of features intended to support the developer experience of Dora, including a method to provide standard design assets such as token logos across all ecosystem tools. A ground-up refresh for the API provider is also in the works. In the meantime, the team will update its backend to a more scalable solution to meet current and future demands.

Updates to the Go node implementation centered on the RPC packages this month. Neo SPCC began to scope an overhaul of the RPC client, with new APIs designed to better fit the needs of backend use cases. Initial work completed so far involved tidying up packages and removing repetitive code.

AxLabs kickstarted the month with the release of neow3j 3.18.0, featuring full compatibility with the latest features introduced in Neo v3.3.1. Over the following weeks, the team progressed towards a minor revision that would bring new convenience constructors for Hash160, Hash256, and ECPoints from string literals, plus bug fixes. Contract writers will find more options for string concatenation, a fee optimization when initializing empty arrays, and a better developer experience with the RPC invokefunction method.

In July, COZ completed the work to support new Neo v3.2 features, including the getAddressVersion interop, Murmur32 hash method in the CryptoLib, and other new native contract methods. The team also implemented manifest groups and trusts into NeoMetadata and support for automatic contract standards detection for NEP-11 and NEP-17 compliant contracts.

Neon Wallet by COZ (https://github.com/CityOfZion/neon-wallet)

This month, COZ worked towards new releases of the desktop and mobile versions of Neon Wallet which will address various defects, update packages, and enhance performance. In particular, the mobile wallet will receive minor user experience enhancements that were identified during Consensus 2022.

Numerous updates were completed for NeoFS components in July. The node implementation received performance enhancements and bug fixes, plus improved documentation and configuration options. A fix for integer types in the NeoFS contract will also make it possible to build on 32-bit architectures.

Finally, the team improved the criteria of connection switching when using the Go SDK, plus various endpoint and documentation updates for NeoFS Services including Morph.CDN, the Net Monitor, and the Web Stat UI, with each nearing launch on T5.

In July, the Red4Sec team reviewed fixes of the Muffin token and Mufftroller contracts for the MyMuffin project. During the audit, an issue in the Neo core was uncovered which prevented the use of Assert in safe methods. Red4Sec also reviewed fixes for GhostMarket smart contracts.