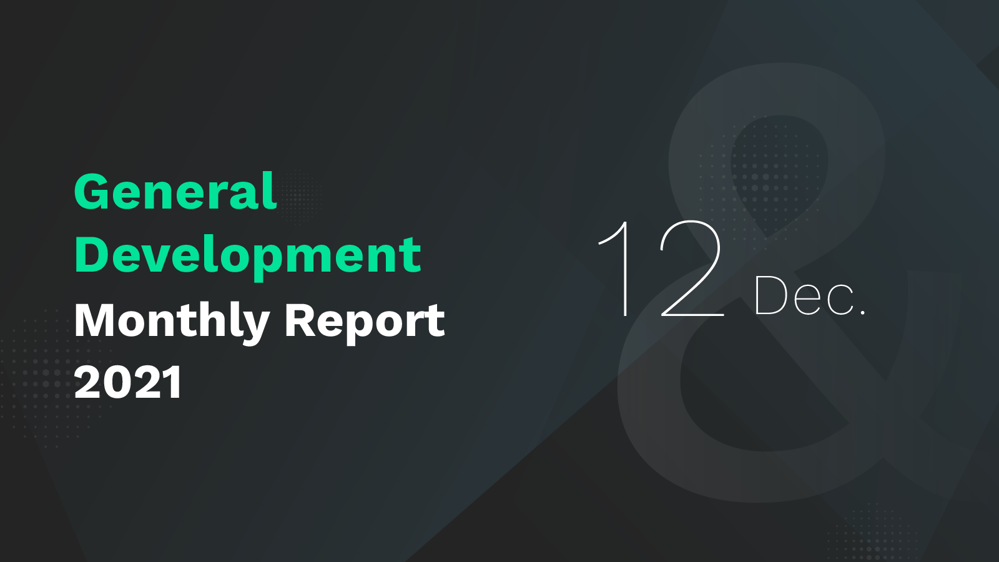 Neo finished the year strong in December with a thriving and growing ecosystem on the Neo N3 blockchain, expanded support for Neo developers, and much to look forward to in 2022. Neo Global Development (NGD) and partner community leaders reflected on the achievements of 2021 and the promises of 2022 in a community review from Neo News Today and a holiday video message.

Topics in this month’s report include:

Cross-chain asset migration: Neo announced the migration of cross-chain NEO assets from other blockchains such as Ethereum and Binance Smart Chain to Neo N3.

Neo wrapped up December with new information sessions, a new set of developer grants, a program for Neo content creators, and other news.

In the December DevLog session, Claude Muller from AxLabs demonstrated how to develop a generic governance mechanism in a smart contract.

NGD introduced a new chapter of Neoverse, the popular N3-themed NFT mint and collection event that celebrated the Neo N3 launch. The new phase of Neoverse is a collaboration with Neo partners. In this phase, Humswap, TOTHEMOON, and Flamingo Finance rolled out campaigns with exclusive benefits for Neoverse NFT holders.

Neo was nominated for and won the Best Infrastructure award in PANew’s Retrospect of 2021 poll.

Everstake published an article on how to earn more rewards on Neo N3 by voting.

Flamingo Finance was elected to the Neo Council. It also:

Forthewin.Network enabled its legacy NEP-5 FTX tokens for migration to Neo N3, where its ticker symbol is FTW. It also enabled minting for FTW Rune (a series of NFTs).

Lyrebird submitted the smart contracts for its algorithmic stablecoin for audit.

Mercurial Apps launched a peer-to-peer trading platform for Neo N3 NFTs and tokens and trackers for Humswap and TOTHEMOON NFTs.

NeoBurger reduced fees to withdraw bNEO from the NeoBurger smart contract by 90% to 0.001 GAS per NEO. It also held the first NoBug governance token airdrop and launched a dashboard view of the total bNEO supply, daily GAS rewards, and NeoBurger’s node votes.

Rentfuse released a roadmap of upcoming activities on Neo N3.

TranslateMe Network added Dutch, its 16th language, to its API.

December activity in the core development team focused on fixes and enhancements. A highlight included the release of new toolkits to simplify automated testing of smart contracts.

COZ’s upgrade of Neon Wallet to version 2.11.0 was another notable release. This opened dApps to Neon users and enabled Ledger use for all applications that implement WalletConnect.