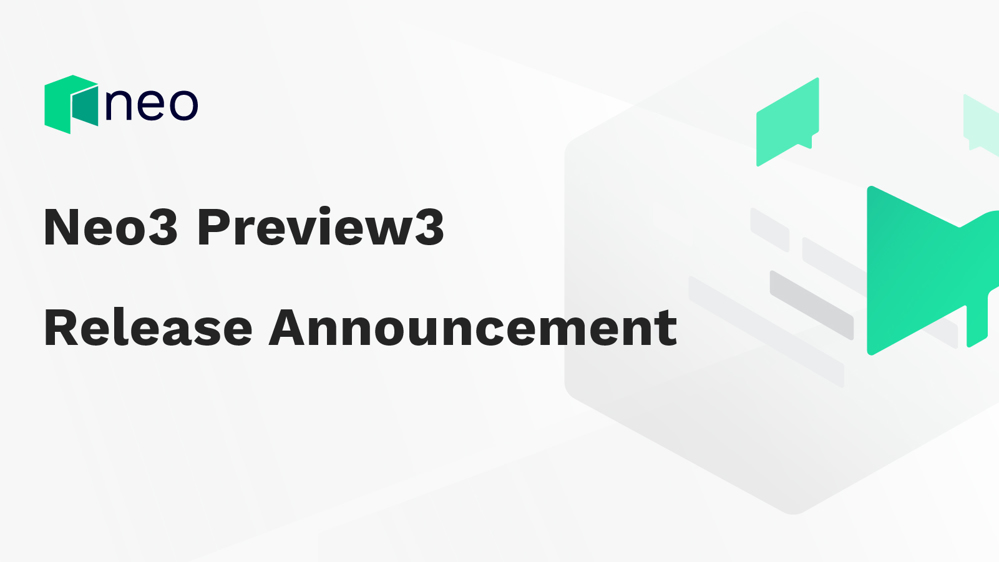 The latest preview version of Neo3 – Neo3 Preview3 has been released with the implementation of Neo3 governance committee mechanism while introducing multiple new features and enhancements for smart contracts including the exception handling mechanism. This release also delivers an optimized overall performance and developer friendliness with a series of improvements such as reduced database read and faster block synchronization.

Please refer to this page for the full changelog.