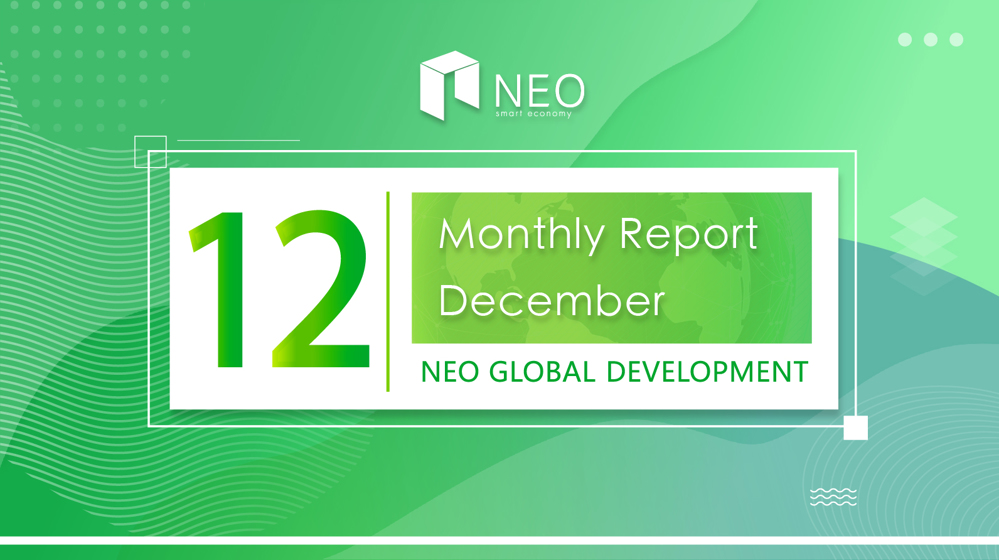 2018 has been a year of ups and downs, however, with the help of the community NEO has achieved steadfast progress. At the beggining of the year, we held the first ever NEO DevCon. Now in the closing month of 2018, we are intensely preparing for NEO DevCon 2019.

Adopting “ContiNEO” as our motto for DevCon 2019, we will continue moving forward and never waver in our efforts to realize the new Smart Economy.

Below is NGD’s December 2018 monthly report.

This month we officially announced NEO DevCon 2019 which will be held in Seattle, US on February 16th and 17th. We aim to deliver a top-level developer conference for the NEO community. The confirmed list of speakers includes senior executives from companies like Microsoft and Accenture with more still to be announced. Tickets are now available with the discounted early-bird offering ending soon. We welcome you to grab tickets at devcon.neo.org.

NeoVM was upgraded from v2.3.1.1 to v2.3.3 with a minor fix on encoding and a hash dictionary added for interop services. The interop service was then changed from class to portal InteropService, which decoupled NeoVM thoroughly, making it much easier for NeoVM to be deployed outside of the NEO network. In December, 2018, NeoVM maintenance and all-around improvements continued to make the execution more secure and reliable.

It is clear when looking back to 2018 that our community is the driving force behind NEO. Developer communities are being established all over the world, and as they continue to grow and mature, the NEO community will expand further.

Throughout Q3 and Q4 of 2018 NGD hosted, sponsored and participated in dozens of events, including technical workshops, industry meetings and community meetups held globally. These events helped consolidate the bonds between NEO and the community. In an effort to make NEO DevCon 2019 as successful as it can be, NGD has spent much of December investing time into in the planning and preparation of the Seattle conference.

Since the roles of NEO Foundation include determining relevant strategies about NEO development and increasing the transparency of information disclosure to the community, in the second half of this year, the entity has initiated a financial report preparation plan and plans to disclose the financial data of the Foundation, including both NGD and NGC’s collected as of December 31, 2018 within three weeks.

We sincerely appreciated all the efforts and supports from Neo community, for more information regarding our annual progress, please read our 2018 Annual Report.