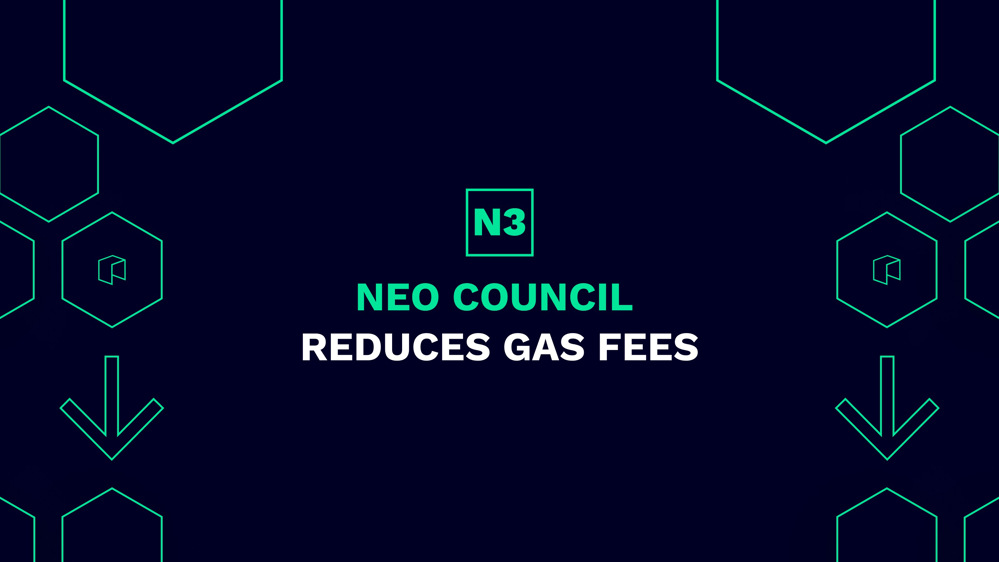 The Neo Council has performed its first action on the Neo N3 MainNet by reducing network and system fees by 80%, effective immediately.

The new network settings have been changed as follows: 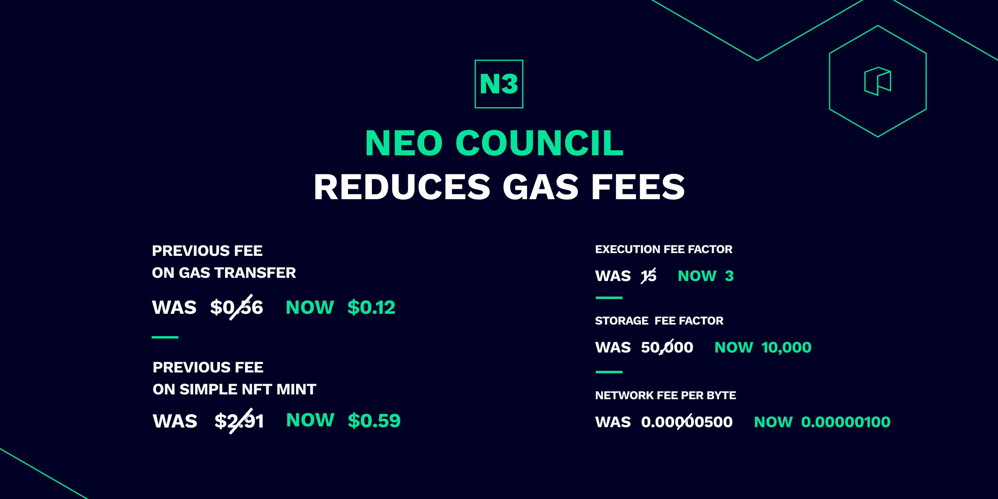 On the Neo N3 blockchain, the network uses a new pricing system that allows the various system calls, VM instructions, and other fees to scale proportionally with each other via a single base factor. Network fees are scaled using a fee per byte parameter, while system fees are adjusted through the execution fee and storage fee factors.

About the Neo Council

The Neo Council consists of 21 member nodes elected by NEO holders and tasked with governing the Neo N3 blockchain. It is important that NEO token holders vote for Neo Council candidates that they feel will represent their vision for the Neo ecosystem and take an active role in governance.

In its current form, the Neo Council operates primarily off-chain. Current council members maintain a communication channel where governance proposals can be discussed, formalized, and put to a vote to determine consensus.

For a change to the network settings to become part of the blockchain and influence future blocks, the council must work together to produce a multisig transaction. This transaction is only valid if it has signatures from a majority of council members, meaning at least 11 out of 21 signatures.