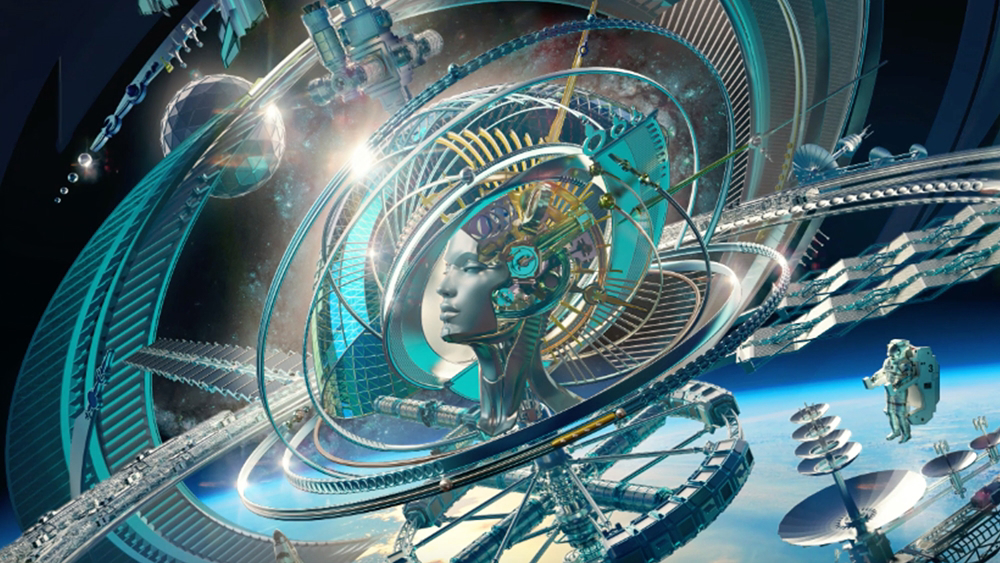 To celebrate the launch of the N3 MainNet, NGD is launching Neoverse - a NFT mint and collection event together with all developer communities. Users from all over the world are welcome to participate. The Neoverse N3 Collector's Edition NFTs are not only invaluable collectibles, but also carry various “VIP” privileges within the Neo ecosystem, further activating the growth of the N3 ecosystem.

Full details of this event are as follows:

NFTs to be collected

There are 9 N3 element pieces, which can be randomly minted from blind boxes, representing the 9 major features of Neo N3 respectively. 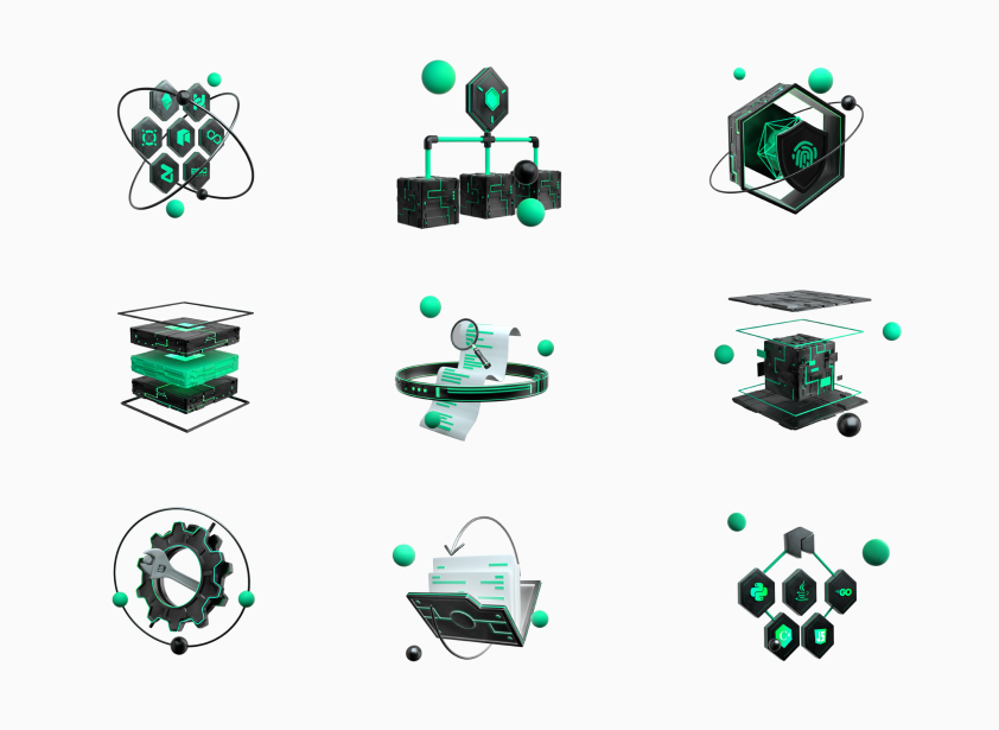 Once you have collected all 9 different N3 Element NFT pieces, you can mint a special N3 Collector's Editions NFT by burning all 9 Element NFTs. Three world-renowned NFT artists have joined forces in creating the Neoverse, presenting 3 series (3 artworks within each series) of prestigious NFT collections.

Aleksandr Kuskov is a freelance illustrator and CGI artist who has been honored with many awards. He is one of the most brilliant 3D artists worldwide and has worked with the most widely acclaimed agency networks. Aleksandr Kuskov specializes in successfully translating desired moods, messages, concepts, and ideas into imagery. He enjoys watching his ideas come to life from scratch, and is able to constantly develop new and inspiring approaches that breathe life into his work. 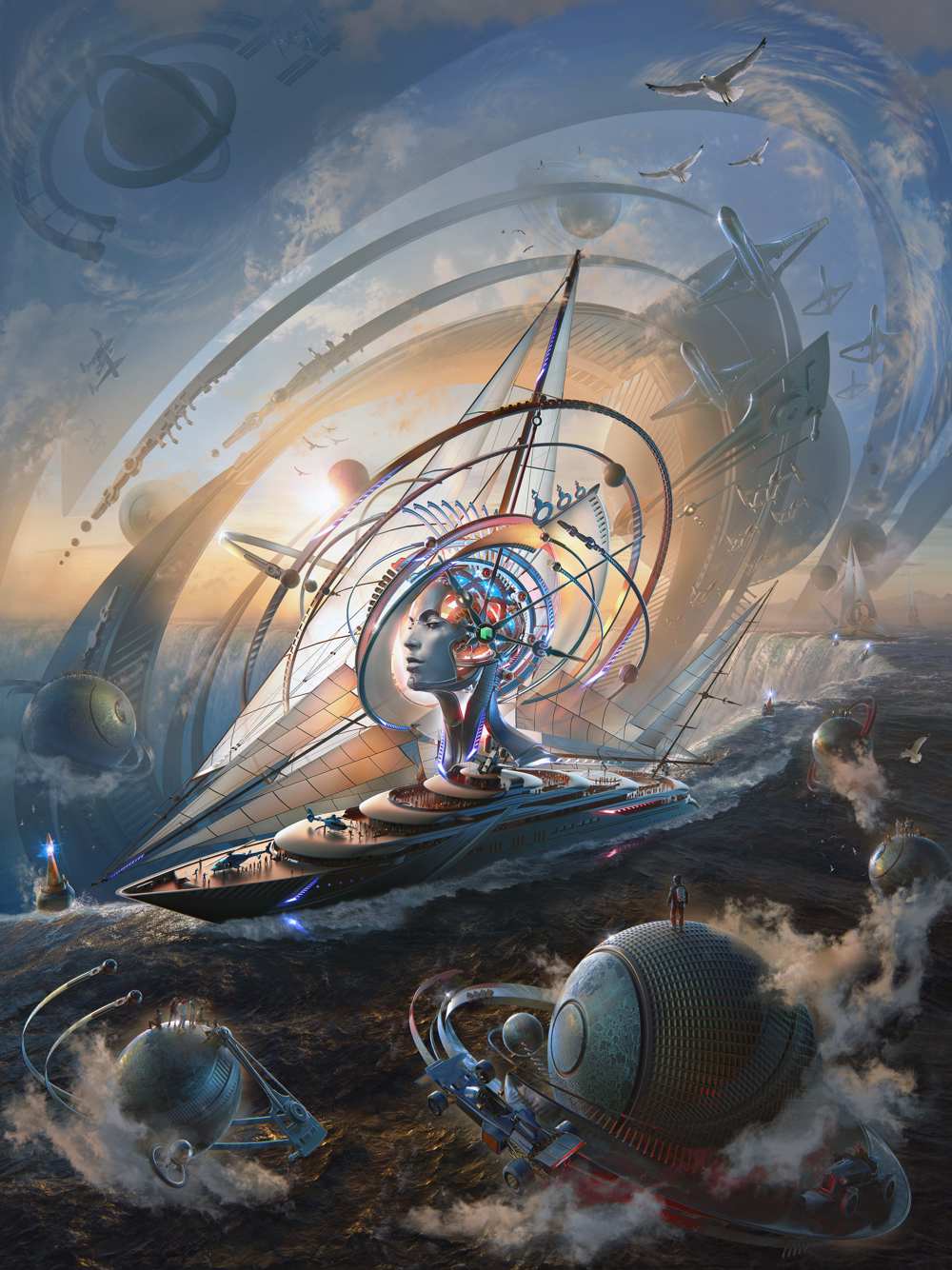 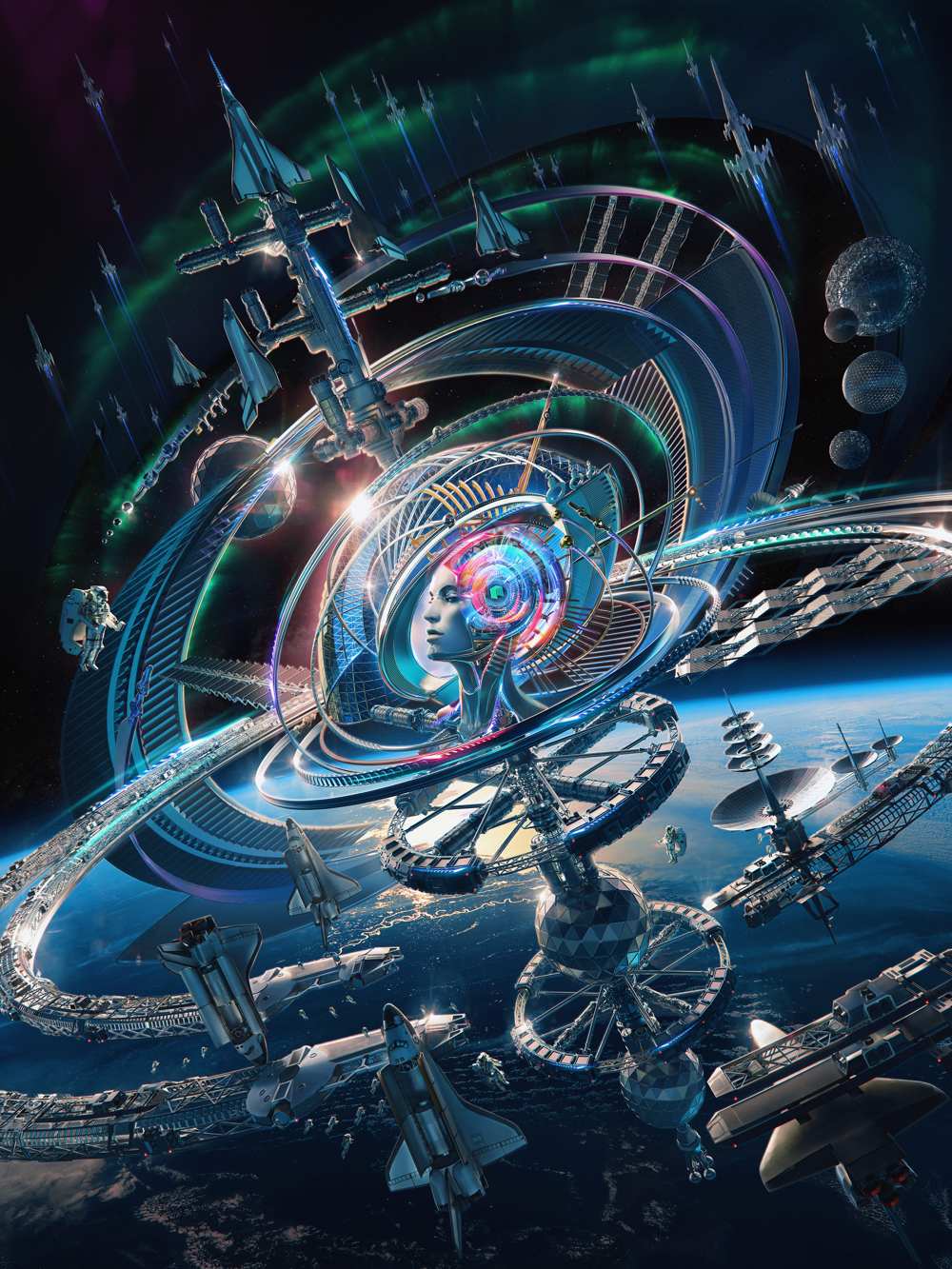 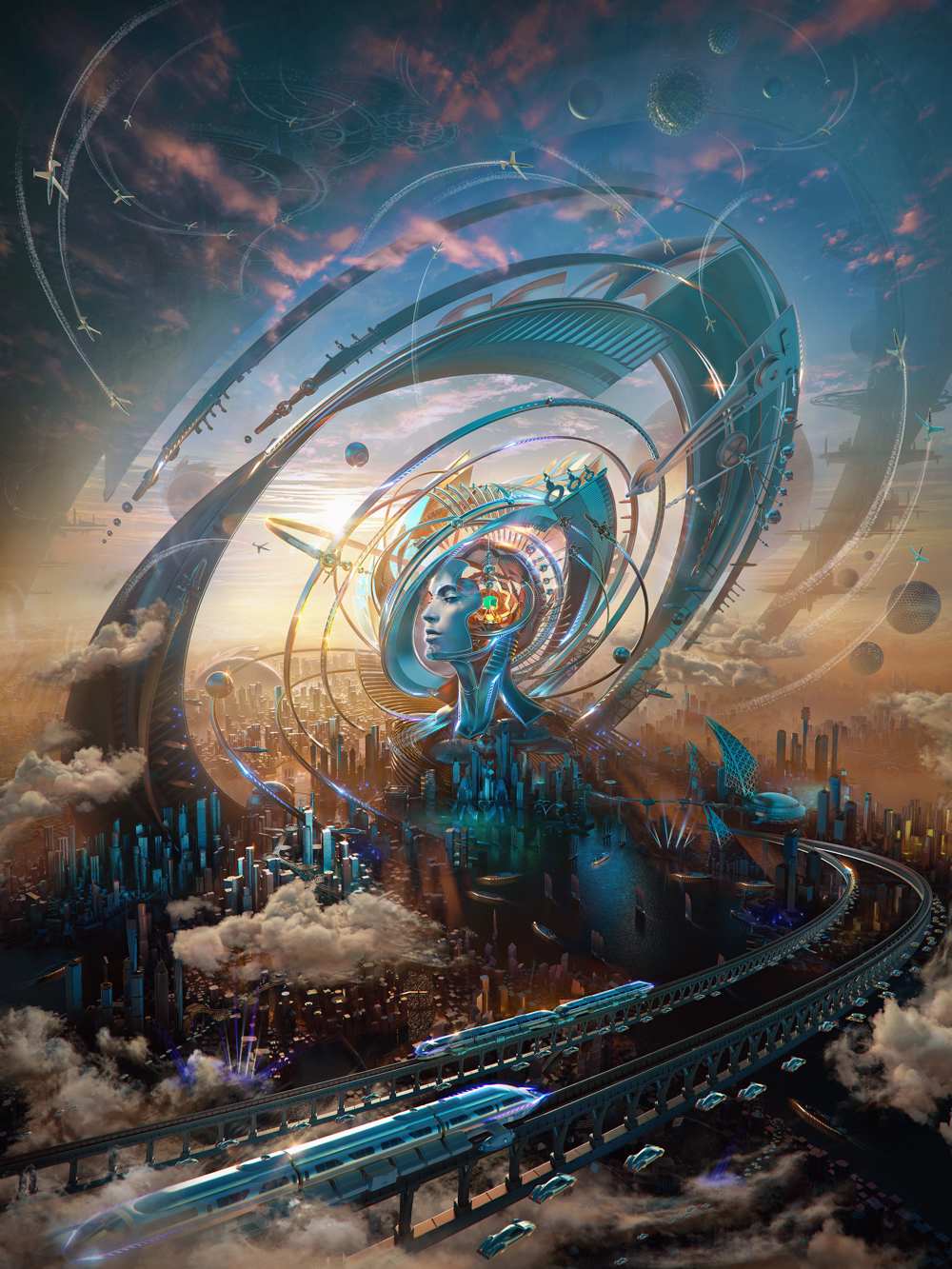 Aleksandr has created a triptych, a series of three illustrations dedicated to the Neo Smart Economy. You can see worlds built around basic elements such as water, earth, and air.

All three illustrations are dedicated to the main constructions of the world. Each illustration represents a journey into the world of innovation and technology, where time and strong teamwork play a key role.

By collecting these elements to create the world, the audience could dive into the world of Neo and experience the technology of the future, jump onto a Neo spaceship and travel with the community to explore new horizons, and Be a resident of the golden era within the Neo world.

Chenbin is a world-renowned space illustrator and is known as "the first contemporary Chinese space artist". He has worked with many famous movie IPs such as The Matrix, and is the official illustrator for The Wandering Earth and The Three Body Problem illustrated collections.

Chenbin belongs to the school of science fiction painting. His works often include astounding cosmic elements such as astronauts, space stations, rockets and aliens. His depictions of space scenes are extremely imaginative, embodying mankind's infinite longing and aspiration for the unknown world. 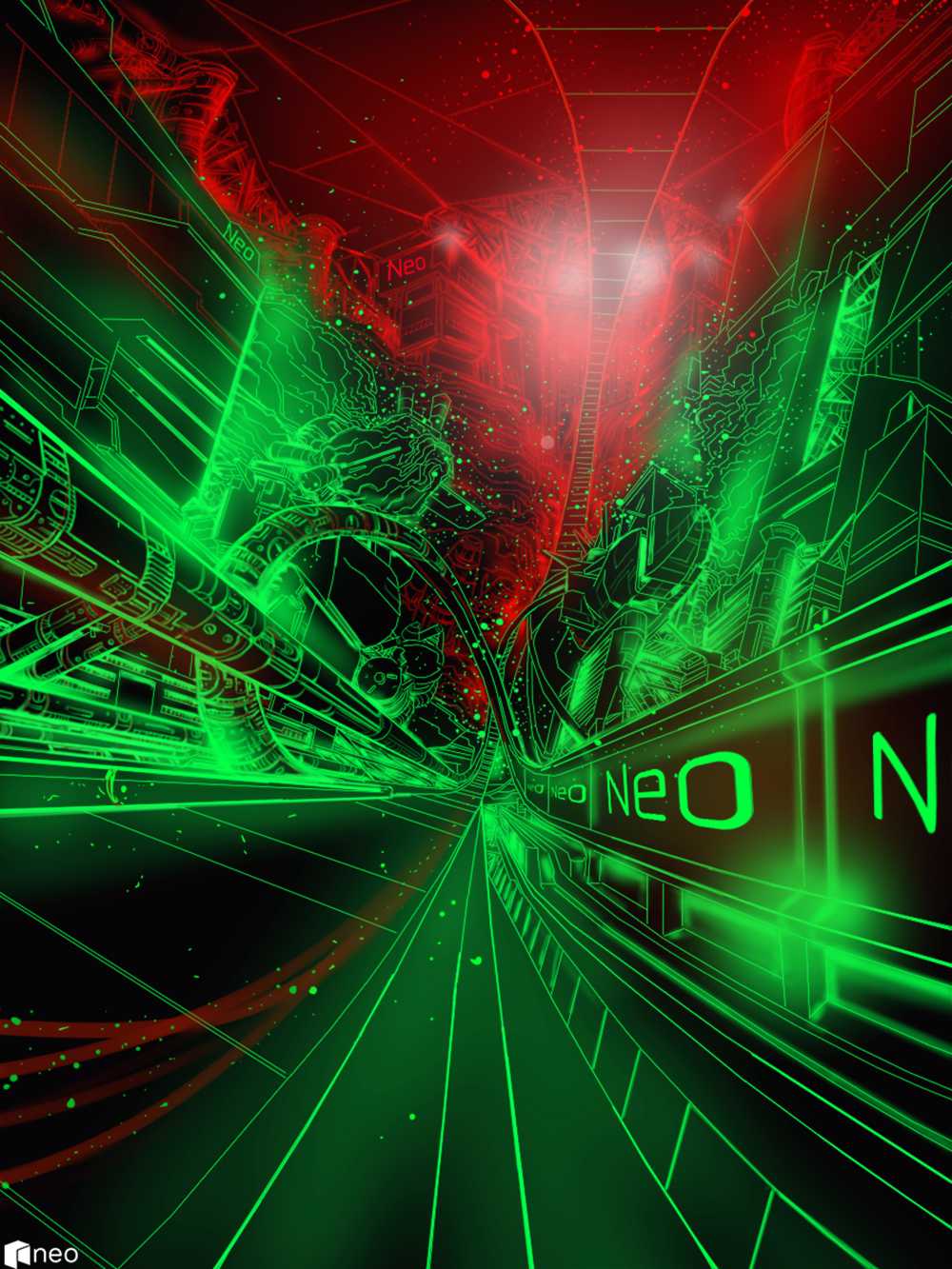 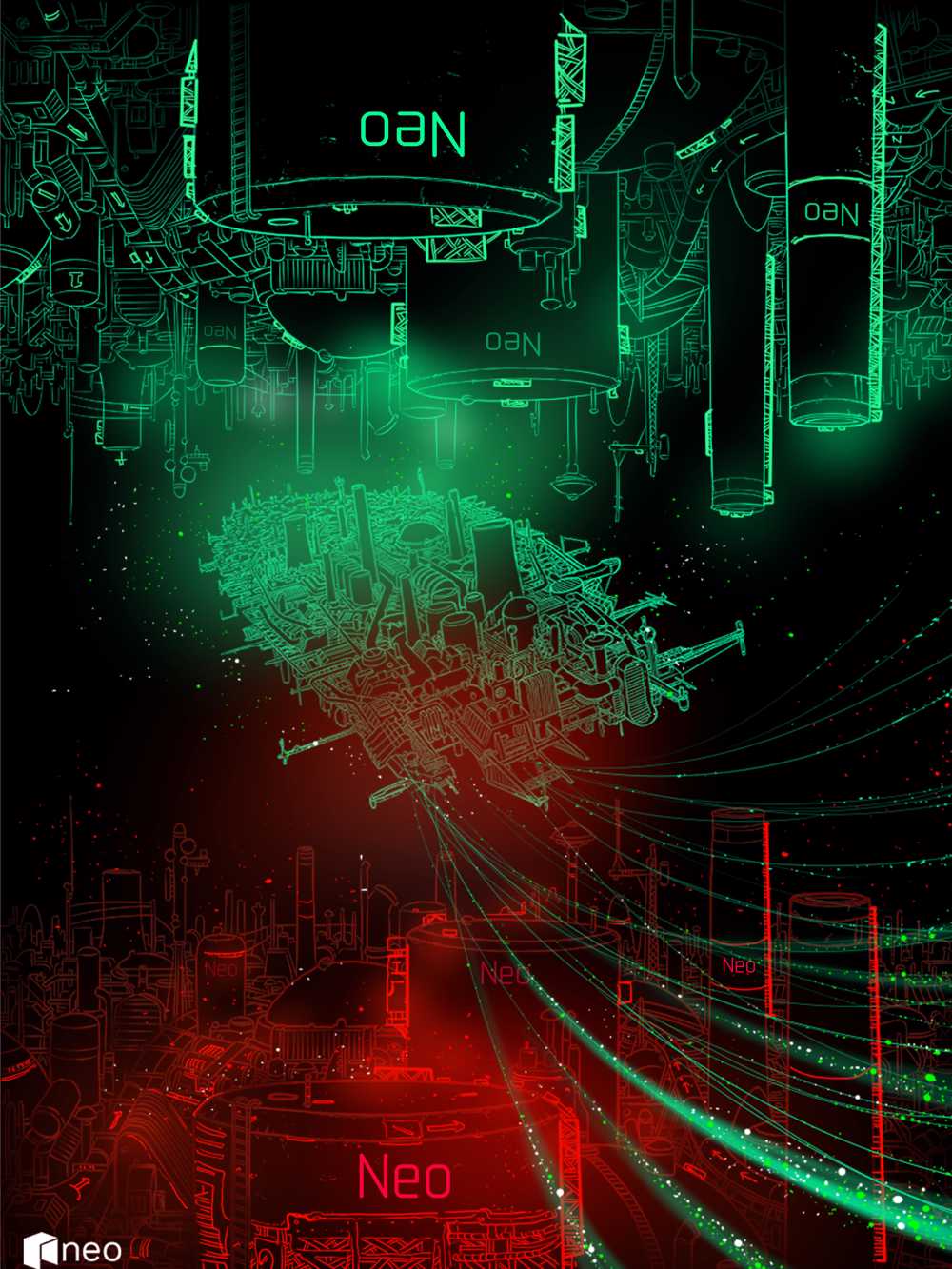 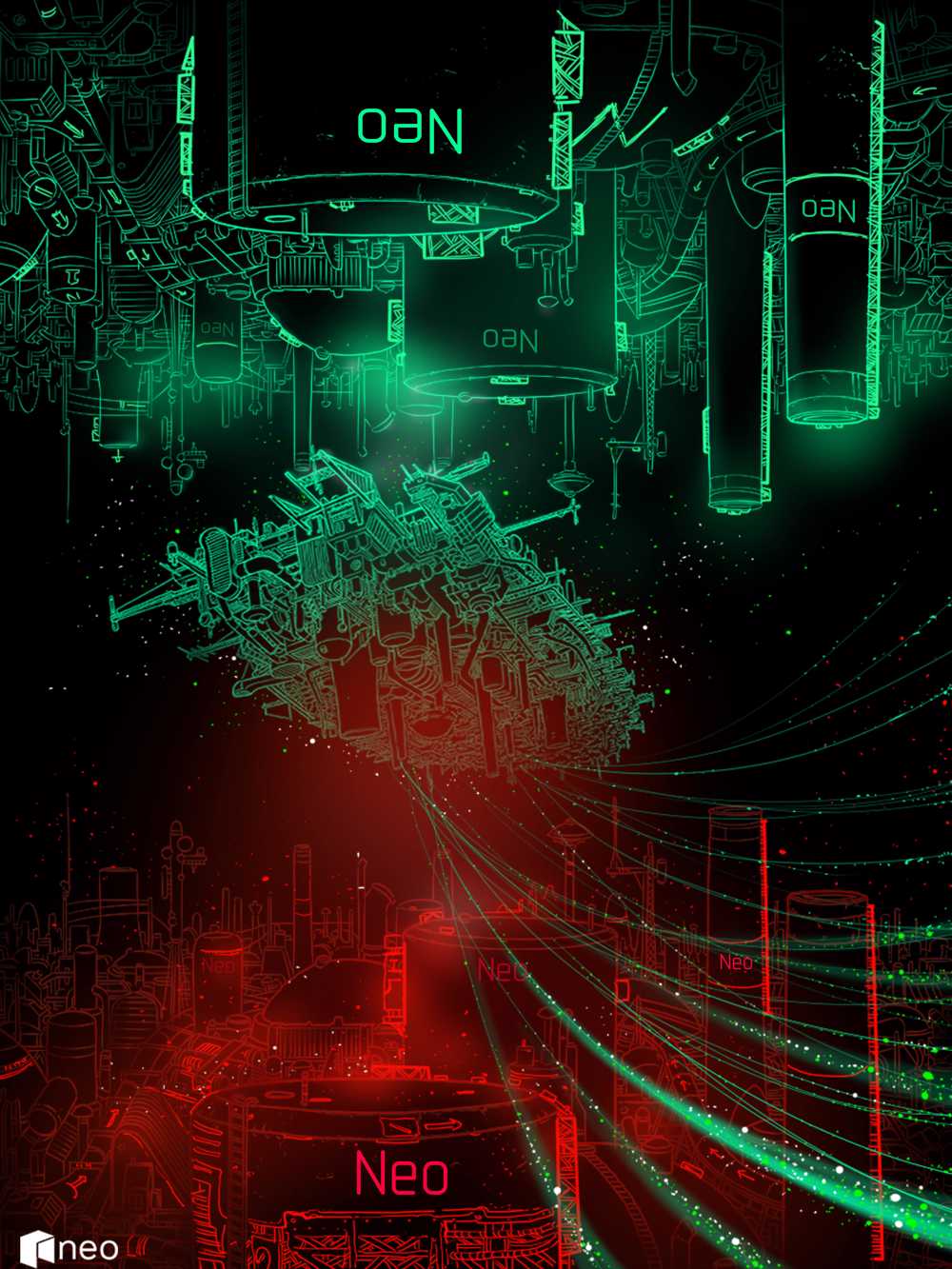 “CORE” embodies a solidified world formed with matured science and technology. There is an one and only ruler, the virtual NEO. They are empowered to destroy everything at will, and also restore all ashes in an instant. Their purpose is to find the ultimate look of this tech-dominated planet.

“ZION” and “NIOZ” are two folded cities. The difference lies in the colored division of the guided spaceship in the center, with red representing the Carbon-based life and green representing the Silicon-based life. NEO is at its core, and it belongs to the highest level of civilization. It reflects a possibility that mankind's world will be shaped by tech and geeks.

With an extensive background in algorithmic art, Reva is one of the earliest creators in the NFT field. She is adept at using algorithms to create artworks that bring imaginative digital art and real-time interactive visuals to audiences.

So far, she has created three series of NFT works, including "Chasing the Moon", "Flowing Nautilus" and " Travel Guide to the Fractasy", which are widely popular among domestic and abroad blockchain enthusiasts. 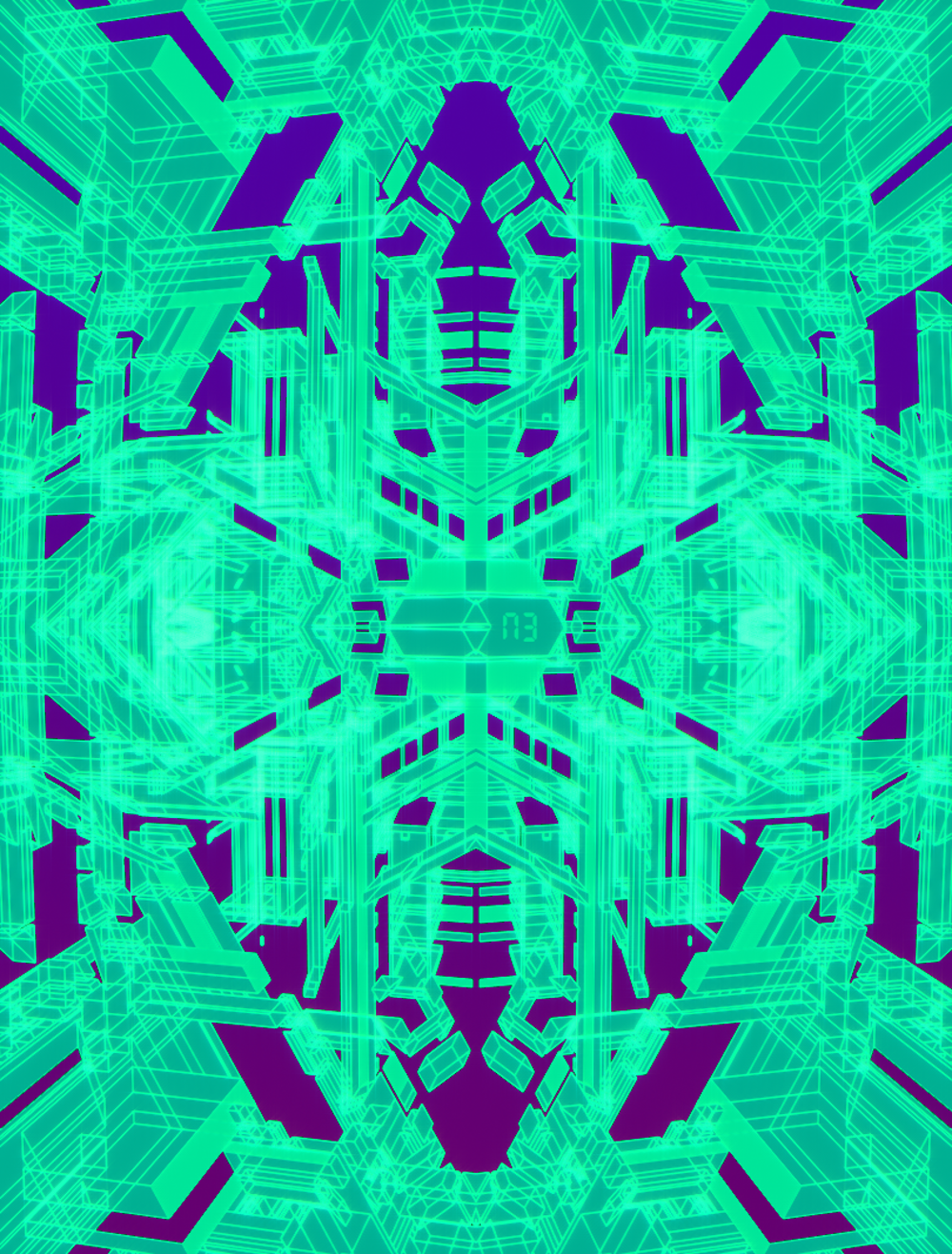 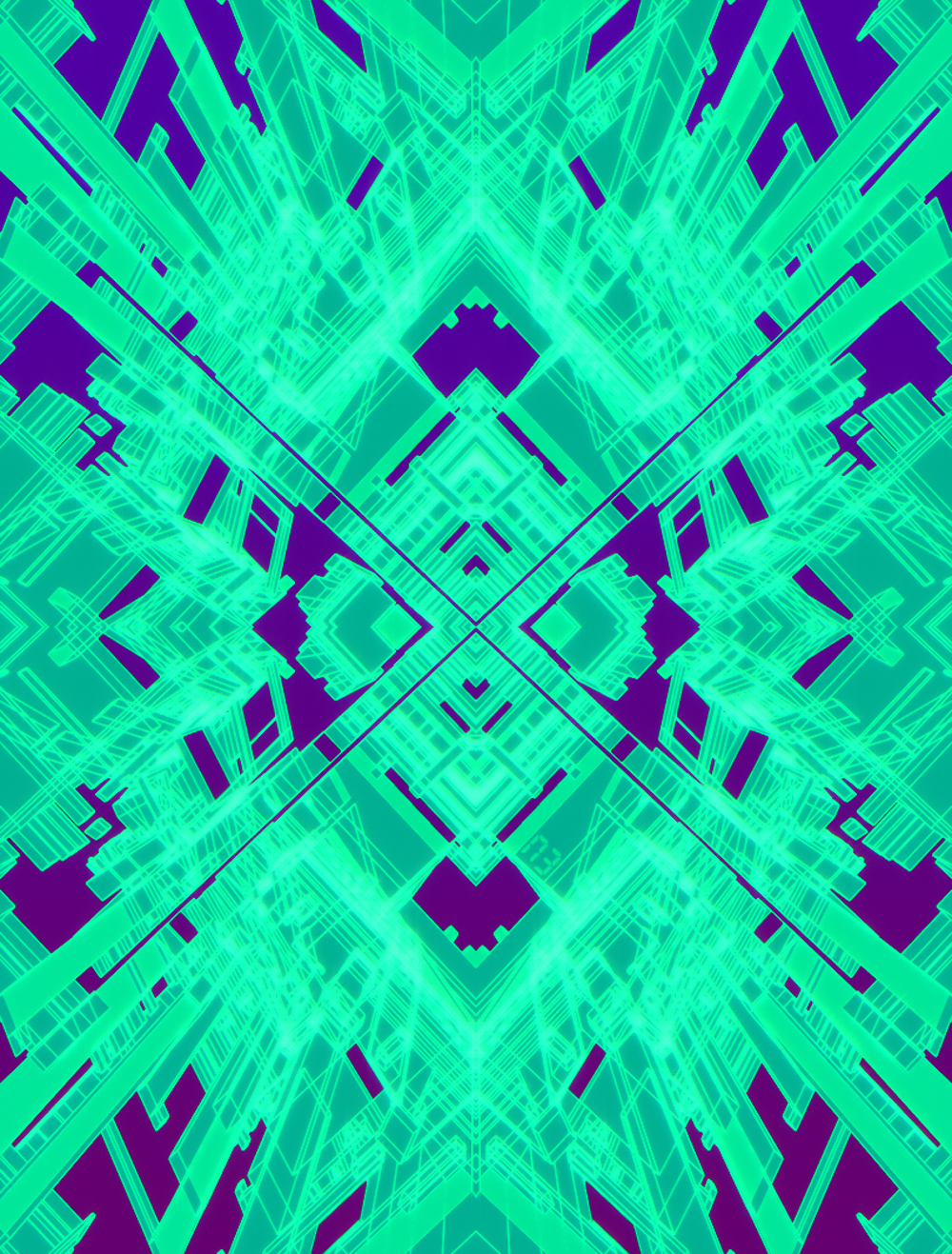 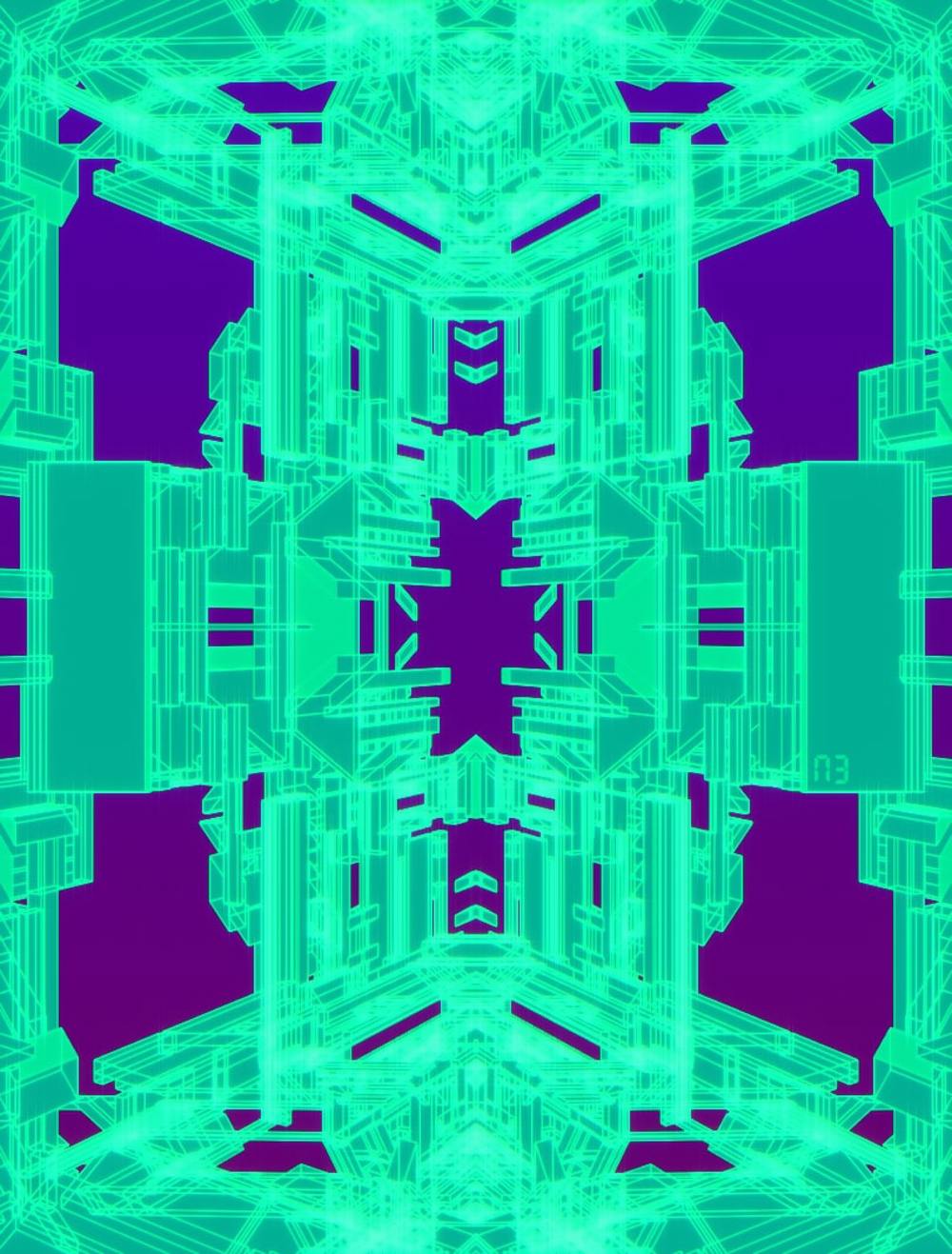 Different from other hand drawing digital artwork, these ones use algorithmic generation technology to construct the core world of the imagined N3 technology.

Because the idea of Neoverse represents a multiple dimensional ecosystem that carries numerous aspects, such as users, developers, applications, investors and co-builders, etc. Therefore, Reva chose to use an abstract description to illustrate her understanding and further imagination of the expansion of Neoverse. The core world is composed of various three-dimensional blocks, representing various functional modules and chain structures. The overall scene is complicated but rigorous and full of vitality. The three pieces of art correspond to different perspectives of exploring the core world of N3.

There are a thousand Hamlets in a thousand people's eyes, and the essence of Reva’s art is exploration. She hopes that her artwork can appeal to viewers to see different people and different worlds, so as to accept different points of view, so as to embrace others,so as to reflect on and constantly improve themselves, and eventually flourish along with the ecosystem as a whole.

How to obtain: Open any blind box to obtain a random piece

How to obtain: A N3 Collector's Edition NFT will be minted by burning 9 different N3 Element NFTs.

The outcome of the minting will largely depend on the sum of the serial numbers of the 9 N3 Element pieces burnt. Here are some general rules, summarized from the minting algorithm:

If the sum of the serial numbers of the 9 Element NFTs that to be burnt is:

The 3 types within each series will be issued in rotation according to the order of the mint.

If all NFTs within a certain series have been fully minted, the outcome of the incoming mint will be replaced in the order of N-E-O-N.

Are you excited for the NFTs and airdrop events?

Please stay tuned for more details regarding the airdrops times and participation details!