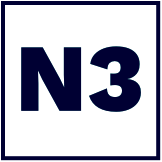 NEO
UNLEASHED
After four years of stable MainNet operation, Neo is undergoing its biggest evolution as it migrates to N3 - the most powerful and feature rich version of the Neo blockchain to date.
TAKE A TOUR
MULTI-LANGUAGE
SUPPORT
Hit the ground running with a language you already know and love.

As with any new paradigm, blockchain development comes with a learning curve. Rather than introducing additional overhead, Neo helps developers by integrating seamlessly with the world's most widely used languages and tools.
Learn more about Neo's multi-language support

DECENTRALIZED
STORAGE
Enjoy the benefits with no compromises on NeoFS.

Your data, always securely encrypted and available. Maintain full control over where it is placed and how it is accessed to deliver your users a first class experience.

Phase out centralized dependencies with the most reliable and performant decentralized storage solution. With HTTP and S3 gateways, no rearchitecting is required to integrate existing applications or users with NeoFS.

Not looking to integrate, but want to participate? Earn GAS for leasing your unused storage.
Learn more about the NeoFS network

NATIVE
ORACLE
With Neo's native oracle service, it becomes trivial for developers to tap into any external resources.

Smart contracts are a revolutionary tool, but their usefulness is naturally limited by the data they can access. The native oracle service introduced in N3 allows developers to access rich off-chain data sources through HTTPS or NeoFS requests, opening up new opportunities to create valuable decentralized services.
Learn more about Neo's native oracles

SELF-SOVEREIGN
IDENTITY
Use verifiable credentials to add a layer of authentication to your application.

Through NeoID, you can customize the precise level of attribute verification needed to ensure your contract operates correctly. Ensure regulatory compliance, filter out bots, or leave the doors open to everyone. Through its open claim issuance and validation tools, users can remain in full control of their personal information.
Learn more about NeoID

DOMAIN NAME
SERVICE
Neo makes it easy for users to interact with the next generation of decentralized services.

ADVANCED
INTEROPERABILITY
As a founding member of the interoperability protocol alliance Poly Network, Neo makes cross-chain interaction as easy as a native transaction.

Connected with an ever-growing list of other blockchains, applications on Neo are not limited to interacting with native assets or contracts, but can easily tap into resources from heterogenous networks.
Learn more about Neo's Poly Network integration

ONE BLOCK
FINALITY
Neo's fork-proof dBFT consensus makes it the most powerful settlement engine in the world.

You wouldn't use your Starbucks shares to buy a cup of coffee, so why spend your share of the blockchain on transaction fees? NEO tokens represents ownership of the network, while GAS is used to pay for all operations and services. NEO holders can participate in governance and receive distribution of GAS tokens to spend on the blockchain.

With a fixed supply of 100M and no divisibility, NEO is one of the most scarce crypto assets.
Learn more about NEO & GAS

BEST IN CLASS
TOOLING
Neo's goal has always been to be the most developer friendly platform.

The crown jewel of Neo's developer experience is the Neo Blockchain Toolkit for VS Code. Built by Microsoft-alumni at NGD Enterprise, the toolkit offers industry best tools for easy network deployment, testing, and time-travel debugging.

We're happy to do a bake-off with anyone. Seriously.
Start exploring Neo's developer resources

JUMP
RIGHT IN
The wait is finally over, N3 is here. It’s time to change the world with the most powerful and feature-rich smart contract platform.

Hop into our developer quickstart guides and example libraries to begin building your decentralized application on Neo.